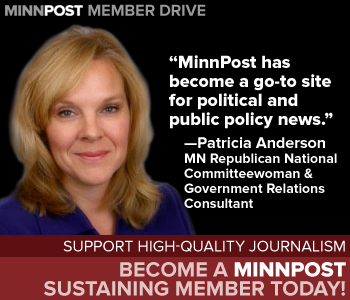 When the Star Tribune erected its metered digital pay wall last fall, it acknowledged following the New York Times’ lead. So with the Times’ news today that it is ratcheting down from 20 to 10 the monthly stories that non-subscribers can view, it’s natural to ask whether the Strib will follow suit.

Says spokesman Steve Yaeger: “Star Tribune has no plans to reduce the number of free stories available to readers each month. We are very satisfied with the current terms and performance of our meter system.”

Still, Strib CEO Mike Klingensmith estimates about $100 per digital subscriber, which means the Strib would be reaping about $1.4 million in new revenue if the digital denizens previously paid zero.

Yaeger says 20 percent of the digital subscribers have also taken the Sunday paper, which is by far the week’s most profitable print edition. The Strib, like many papers around the country, hopes to staunch ad-sales declines not just with new digital revenues, but increased Sunday print reach for advertisers who buy those glossy inserts. Meanwhile, web traffic was down but revenues weren’t.

Like the Times, the Strib is seeing digital-subscription sales slow down as after the meter was unveiled. The Strib sold 5,900 digital subscriptions in the first month, and about 8,100 in the next four months.

Meanwhile, the Pioneer Press and MPR, which are un-pay-walled, saw website traffic gains in the immediate aftermath of the Strib’s meter move. I’m working on getting some updated Pioneer Press numbers.