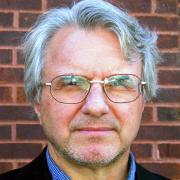 Given the editorial-page keening and potential land-sale profits, there’s ample reason to question the Star Tribune’s coverage of the Vikings stadium issue. But one of the better arguments against the newsroom putting a pro-stadium thumb on the scale is assigning Mike Kaszuba on the beat.

Kaszuba, a 32-year reporting vet, is a bulldog not given to taking orders; his only bias seems to be getting on the front page. But once the 2012 legislative session ends, Kaszuba will move from the state Capitol to the sports department, where he’ll “examine off-the-field issues that pertain to the Twin Cities sports marketplace,” according to a staff memo.

Kaszuba declined comment, but I’m told the new beat was his idea, and has a bit to do with bad blood toward political editor Pat Lopez. From what I can discern from sources I trust, it was personality conflict, not stadium politics. In his new role, Kaszuba will report to assistant sports editor Dennis Brackin.

Brackin’s boss, Glen Crevier, says in the memo that Kaszuba will be “paying little attention to the wins and losses and more to the influences outside the lines, such as the corporate impact of sports at the college and professional levels, the role and impact of boosters at all levels and stories that, in general, will follow the money.”

It’s obvious as newspapers become more digitally reliant, sports is a huge traffic driver, yet at the same time readers can get their game stories a million other places. Thus, unique “enterprise” stories like the kind Kaszuba presumably pursues become more important.

Of course, there’s a great big non-sports world out there, and the Strib will not replace Kaszuba’s position at the Capitol bureau. This session, the organization actually staffed up one when it added Jennifer Brooks from the Nashville Tennessean. She, Rachel Stassen-Berger, Baird Helgeson and Jim Ragsdale remain in the bureau, with the Strib rotating other reporters in as they do each year. Non-Capitol reporters like Kevin Duchschere will continue to cover stadium wars, assuming (safely, it seems at the moment) they last past this session.