Amy Senser’s hit-and-run trial drew media like moths to a flame, but news sites got burned — repeatedly, in at least one case — by not policing the ads that ran with the copy.

Here’s the one of the worst ones I’ve ever seen, from the Pioneer Press’s TwinCities.com: 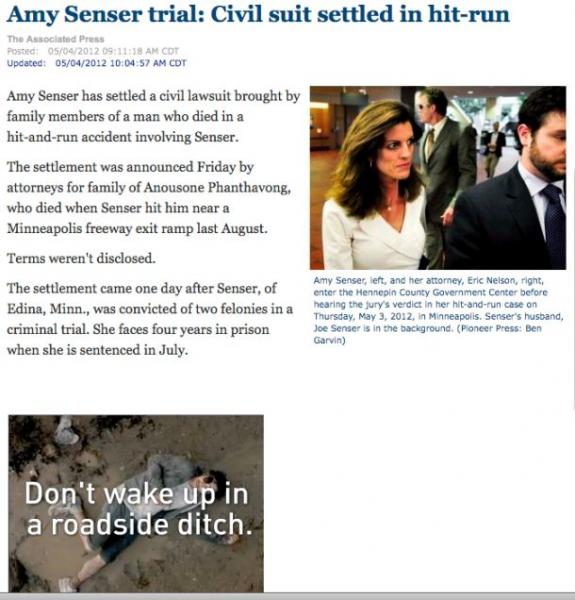 Digital production staffs live in terror of such things. Ads, such as the one above from DirecTV, are set in rotation (often via third-party networks), and sometimes, you don’t remember what they actually say or look like until a jerk like me points it out.

I think the someone eventually caught the one above (I couldn’t catch it again upon page refresh), but then this less-but-still-regrettable one popped up. 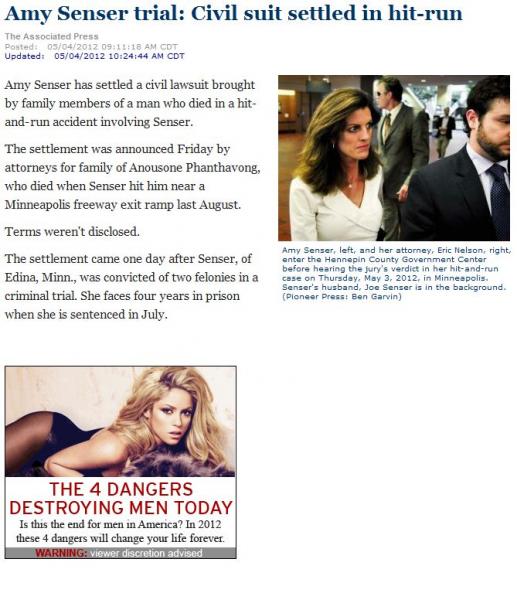 If nothing else, makes you realize how often violence and advertising go together.

Over in Minneapolis, the Star Tribune was not immune from remarkable ad placement. Whether Senser was drunk was never clearly established at trial, but if nothing else, the story underscores the ad’s message 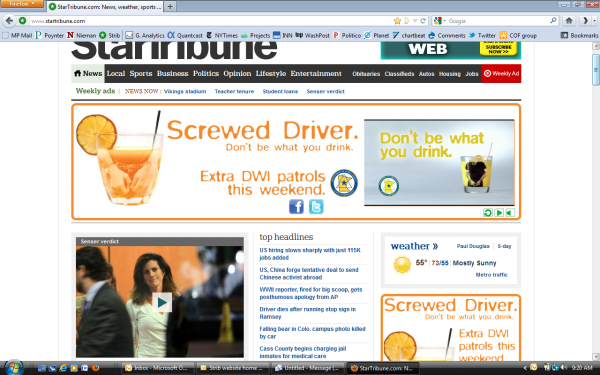