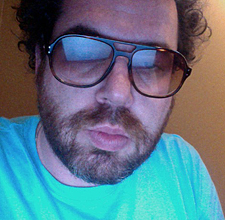 Steve Marsh might be the most nimbly aggressive local writer since David Carr. He has national-quality chops, decoding Minnesota sports fans for “Grantland,” Hollywood for New York magazine, and Bert Blyleven for GQ. (Sample passage: “Bert was, and probably still is, an oafish and unimaginative shit-in-the-Jacuzzi, fart-on-the-beat-reporter Ball Four-type joker. … Which is fine, but evidently those [Hall of Fame-voting] writers didn’t much like getting farted on.”)

Locally, he’s anchored in the Mpls.St.Paul magazine stable, writing features for the local monthly and its in-flight glossy Delta Sky. Like Carr, Marsh is an outsized presence and occasionally a challenging one, the bull in MSP’s china shop. But two weeks ago, he found himself wondering if he’d metaphorically killed Flipper.

On May 14 — days after securing $4 million in state bonding to refurbish its dolphin tank — the Minnesota Zoo announced it would end the exhibition and de-accession Semo and Allie.

Marsh’s 4,000-word feature, “The Minnesota Zoo’s Dolphin Problem” had already been sent to the printer. MSP editors scrambled, posting it online the next day.

To hear Marsh’s side tell it, zoo officials sparred for weeks over the piece, an extended and thoughtful mediation on the ethics of keeping dolphins in captivity.

Zoo officials were helpful at several points: CEO Lee Ehmke got Marsh into a dolphin encounter (as a paying member of the public), and biological director Kevin Willis helped obtain grisly death reports – which Marsh eventually used to question Willis’ recollections. Ultimately, Marsh said he was called a “bully” and a “badger” before zoo officials pulled MSP mag ads.

Ehmke says he’s “not aware” of the ad-pulling, which he “can’t confirm or deny.” However, Jayne Haugen Olson, MSP’s vice president for editorial, says that’s the case: “It’s only been for a month; who knows how this will play out? In short, it didn’t change our direction or decision to run our story.”

‘Trying to use my transparency to encourage theirs’

The pressure on zoo-keepers has only ratcheted up since Oscar-winning documentary “The Cove” depicted a bloody Japanese dolphin “harvest.” At least locally, Marsh’s piece — in a magazine read by moms, aunts and grandmas who take their kids to the zoo — could be seen as the final turn of the screw.

Asked if Marsh’s story played any role in the dolphin departure, Ehmke replies, “The short answer is no. There’s clearly an issue of timing [but] this had been in discussion for months, maybe years. We wanted to create an optimal situation for dolphins, but it became clear that wasn’t possible about the time the story was being researched.”

Marsh says he got the idea in mid-February after reading a New York Times piece about whether zoos remained meaningful. Around this time, Minnesota zoo dolphin Taijah died of ulcers. Marsh secured a 30-minute interview with Willis, intending it to be a Q-and-A. After the dialogue stretched to 90 minutes, Marsh sold editors Haugen Olson and Heidi Raschke on a feature.

“Around this time, I watched ‘The Cove’ and realized this was a thing,” Marsh says. “I told Lee, ‘I grew up going to a zoo, my dad’s friend was an animal trainer; from talking to Kevin I knew this was not an evil thing where they were killing dolphins.’ I was trying to use my transparency to encourage theirs, that maybe by not letting me talk to the trainer or the vet, it would look weirder than it is.”

In the story, Marsh credits Willis for getting the necropsy reports, but told me it took University of Minnesota media relations people to convince U vets. At the April dolphin encounter, zoo officials told an MSP photographer that Marsh was “bullying” and “badgering.” Meanwhile, Willis was not calling back to straighten out the necropsy discrepancies.

“They ended my contact, disparaged me to my editor, and accused me of being a welsher for not paying for the [dolphin] encounter,” Marsh says. “When the story came about shit-canning the dolphin tank, Lee called me two hours after the [media] release, and said they made the decision at a mid-April marine animal conference where they [learned] there were not enough dolphins left” for a healthy social community.

Asked about Marsh, Ehmke is diplomatic. “There was a concern we never really got a sense about what the focus of the story was,” he says. “We were a little concerned about where he was headed. Steve’s style is — I don’t want to say confrontational, but he wanted the story interesting, not a puff piece. [But] there’s a lot of sensitivity when an animal dies — particularly a dolphin. There was commotion and general uncertainty, and he picked up on that.”

As for the discrepancies with the necropsies, Ehmke says, “I think there were other things mentioned in the report from the U that were not discussed directly with Kevin Willlis. … they had more information than we provided.”

Raschke acknowledges she had “many conversations” with Marsh about getting the access he needed, and his approach. “I think they just didn’t like the story and didn’t like Steve,” she says. “I like Steve, and I feel he acted in the appropriate way, given the challenges with access” and a deadline moved up a month, pegged to the bonding verdict.

Raschke, who just moved over from the Pioneer Press, is still “disappointed” the zoo gave no hint the dolphins could depart. MSP would not have published the news until after the zoo’s announcement, she insists. “We’re not like a daily newspaper doing a breaking news story. We’re a monthly magazine. If they would’ve given us a hint … it just seemed very strange.”

Ehmke brushes that off: “I guess we don’t want to play favorites with our friends in the media. When we make announcements, we make them to the world.”

As for the ad-pulling, I’ve always found it short-sighted: If the MSP audience was attractive for the zoo yesterday, it will be tomorrow. And while a p.r. pro might spin ad-pulling as appropriate with a critical story running, I think it makes them look guilty and thin-skinned.

Haugen Olson doesn’t appear to be losing sleep. “I’ve been at MSP for 20 years. Businesses get miffed all of the time. They don’t like a review. They don’t like that a competitor (who doesn’t advertise) receives a ‘Best Of’ and they (an advertiser) didn’t get recognized. They don’t like what we wrote about them in a listing. The list of why someone gets upset is endless. It’s never our intent to alienate anyone — most of all our readers.

“Hopefully they remember why they advertised with us in the first place: great editorial environment, top-notch talent of writers and editors, solid/dedicated paid readership, most-read magazine in town. We hope the zoo will respect the story we ran. Perhaps it will inform our readers about the challenges and the difficult decision the zoo had to make.”