“In the end, the questionable credibility of the folks in the video may do more to undermine the Occupy movement than the half-baked suspicions in the video will derail the volunteer traffic-safety effort.” 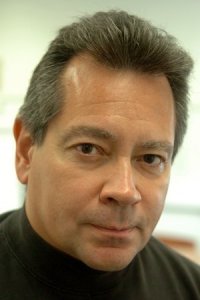 Last year, shortly after he was diagnosed with multiple myeloma, I praised Pioneer Press columnist Ruben Rosario as a “tireless reporter, buttressing his conclusions with street work, rather than twirling in his chair and lazily spraying opinions.”

Rosario’s cancer is incurable, but the Bronx native has battled back from medical leave to resume column-writing, surprising no one who knows him. He’s still in ass-kicking mode, and doesn’t fall back on his condition when the media critic comes calling.

Ten days ago — after Occupy Minnesota-affiliated Rogue Media made allegations that Minnesota law enforcement officers had given drugs to test subjects — Rosario wrote the italicized paragraph above. Reading it, I winced.

I’d watched the 35-minute YouTube video that contained multiple accusations of Minnesota sheriffs and cops giving people illegal drugs as part of training program to recognize drug-impaired drivers. When it comes to Occupy, I’m your typical bourgeoisie lefty: support the politics, hate the intersection-blocking.  But the video seemed surprisingly credible: multiple recountings (with some faces unobscured) and many shots of the same people getting into and out of squad cars non-confrontationally.

It wasn’t slam-dunk proof — immediately judging the Occupiers right would’ve also been misguided — but there was enough to justify further journalist digging.

Rosario instead pawed the ground, relying on a State Patrol spokesman’s statement that “We do not give anyone drugs,” paraphrasing the conclusion that “the videotaped testimonials are essentially stone-faced fabrications.”

I remember thinking, “Boy, Ruben’s putting a lot of trust in the cops’ self-denials to heap scorn on the Occupiers’ veracity and credibility.” While you can’t reflexively take accusations as truth, authorities represent society’s truly powerful forces — and with power comes the journalistic responsibility to remain skeptical.

Sure enough, a few days after Rosario’s column ran, the State Patrol began a criminal investigation of a Hutchinson, Minn., cop after another officer saw him allegedly giving a test subject marijuana. I emailed Rosario and said, “I see this as a cautionary tale for taking one side’s word for it, and doing that on the basis of authority. I wonder if you regret that now?”

Rosario replied, “I don’t regret it, though it may look like I completely discredited the allegations. What I was taking issue with was the way the video was shot and the questionable testimonials.”

This strikes me as too lawyerly. Rosario’s column stated there “some questions … worth exploring” about the underlying, legal drug-recognition program: “who’s overseeing such programs and whether targeting a vulnerable segment of folks is ethical.” Missing: the video’s fundamental question — did the cops provide people illegal drugs?

One of the things I admire about Rosario is that he hasn’t been a toady for cops or those who confront them. I believe opinion journalists can rate one side’s credibility over another. But summary judgments require more than “because I said so.”

When we talked, Rosario noted that the allegations were “against one cop out of hundreds that have taken part in the DRE training program. And I also understand that the allegation under investigation did not come from a subject in the video, but a fellow cop.”

Since then, even that has changed; the State Patrol put a state trooper on leave after a Peavey Plaza protester said the officer handed him a bag of pot.

Both officers may be exonerated, but at the very least, Occupy-affiliated media uncovered very real potential wrongdoing. If you’re a journalist keeping score, that accrues to Occupy’s credibility. But that’s no license to suspend skepticism for anyone.