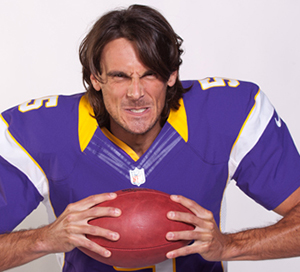 Few things give me more pleasure on Twitter than debating MPR’s Bob Collins. The day that Vikings punter Chris Kluwe’s scathing letter to a censorious Maryland legislator broke on Deadspin, Collins and I tussled over how the operatic profanity helped or hurt the message (see below).

As an un-objective observer (I’ve donated to Minnesotans United for All Familes, the Vote No people, and my wife does legal work for them), I reveled in what I called the “primal yawp” of outrage. Supporters have been on their best behavior, and Kluwe let off steam many of us built up seeing fellow Minnesotans’ freedoms on trial. Collins felt the swearing and general acting-out spoiled any chance of winning undecideds.

But what did the people tasked with defeating the marriage amendment — the “Vote No” organizers — think?

Coincidentally, I was at a Minnesotans United fundraiser two days after Kluwe’s blast that featured campaign manager Richard Carlbom. During the Q and A, I asked the first question: What did he think of the Kluwe piece?

(Note: Don’t invite me to fundraisers.)

“Our strategy at Minnesotans United is to encourage everybody to spark a respectful conversation to reach voters who haven’t made up their minds yet,” Carlbom told me in an interview the next day. “I think his letter was intended for the delegate from Maryland who was not on our side and never will be.” 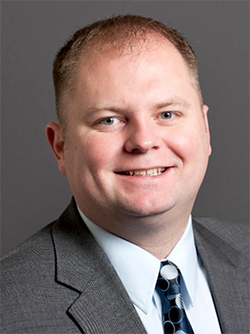 Carlbom says Minnesotans United’s targets are “a narrow slice of Minnesotans who haven’t made up their minds yet and haven’t thought about it a lot.” (At the fundraiser, he called this group “conflicted.”)

He contends marriage amendment supporters’ strategy, especially in late-campaign ads, is to “create a combative environment in which people don’t listen. The other side wants to create an atmosphere that’s toxic, divisive and will make it harder for us to beat this amendment.”

But isn’t it combative and divisive to invoke “vitriolic hatred and bigotry,” as Kluwe did in his second sentence, asking male legislator Emmett Burns, “If gay marriage becomes legal, are you worried that all of a sudden you’ll start thinking about penis?”

Perhaps wishfully, Carlbom said, “Any time you are talking about the issue, any time conversations are taking place, generally people move in one direction, toward great freedom rather than limiting freedom. I assume sparking conversations are important, which will always lead to people voting no.”

To me, one way Kluwe’s letter mirrored Minnesotans United was the freedom emphasis. The first two of three numbered points dealt less with gay marriage than freedom of speech. (Burns had asked the Baltimore Ravens to keep linebacker Brendon Ayanbadejo from publicly supporting gay marriage).

This seemed perfectly aimed at some of the swing voters who gave Jesse Ventura the governorship, folks who find homosexuality icky but hate government more. (Even Rush Limbaugh didn’t rip Kluwe’s piece on these grounds.)

Said Carlbom, “It could be a net positive with independent voters who see freedom as freedom, that ‘love is bigger than government,’ to use of Jesse’s most famous lines.”

At the fundraiser, Carlbom acknowledged the gay marriage “base” found Kluwe’s letter thrilling. Even if the persuasion factor is in question, was there any objective evidence Kluwe had at least rallied the troops?

More people asking what they can do

While acknowledging it was a little hard to tease out the letter factor from the general late-campaign quickening, Carlbom said, “I can tell you this: During the weekend, it was the first time I had messages directly to my inbox asking what they could do to defeat this amendment. We had 2,100 volunteers participate during a weekend of action. In the last four days, we raised $78,000 in small contributions.”

I told Carlbom that I’d noticed a phenomenon I dubbed “viral polishing” — as Kluwe’s statement moved from Deadspin through social media to the mainstream media, the swearing issue faded and the deeper messages ascended.

“He’s an unexpected messenger,” Carlbom noted. “But the very busy people we need to target are not obsessing about [the issue] know an NFL player spoke out about freedom for gay and lesbian couples to marry — even if [in the piece], he didn’t really say ‘vote no.’ If that’s what they take away in their very busy lives, I think the letter is a net positive.”