The Catholic Church has poured millions into promoting Minnesota’s marriage amendment. Add to that the $48,000 they yanked from the Land Stewardship Project.

LSP is an unlikely candidate for marriage amendment politics: the group helps new farmers and rural Latinos while opposing factory farms. Long supported by the Diocese of Winona, LSP has “not taken positions opposing Catholic teaching,” insists Associate Director Mark Schultz. “We have never taken a position on the marriage amendment or worked on it.”

So how did gay marriage upend efforts to empower the state’s poorest citizens? Call it Catholic guilt by association.

Minneapolis-based LSP is a member of two broad-based groups, the Minnesota Council of Nonprofits and TakeAction Minnesota. Both formally oppose the marriage amendment (see conflict of interest statement at the end of this article).

After telling LSP it had won the $48,000 organizing grant in July, the national Catholic Campaign for Human Development (CCHD) sent a letter stating “if you want to get the money, you have to resign from being a member of these two organizations,” Schultz recalls.

He says LSP is a member of the non-profit council “for occasional seminars — training and bookkeeping — that help make us a better-run organization. We work with TakeAction on reforming health care — a huge issue for our organization, which is primarily rural and outstate. They’ve also take a position against the voter restriction amendment, which we oppose.”

On its website, CCHD — the domestic anti-poverty program of the U.S. Conference of Catholic Bishops — states that it:

… will not fund groups that are knowingly members of coalitions which have as part of their organizational purpose or coalition agenda, positions or actions that contradict fundamental  Catholic moral and social teaching (e.g. promotion or support of abortion, same-sex marriage, euthanasia, racism, as well as use of the death penalty punitive measures toward immigrants, etc.).

Prohibited activities include participation in or endorsing actions that promote legislation, ballot initiatives (including voter guides and other written materials) that contradict Catholic moral or social teaching.  Actions of other coalition partners on non-coalition issues or issues not agreed upon by the coalition members, calls for a different moral analysis.

Schultz argues — perhaps legalistically — that neither TakeAction nor the nonprofits council was formed to oppose the marriage amendment, and neither is a coalition in the sense that they require all members to work on all issues.

Nevertheless, Joel Hennessy, director of mission advancement for the Winona diocese, says the LSP lost the grant because of “material breach of the contract from the prior year. The Diocese of Winona has given its support to the Land Stewardship Project for many years based on their work for economic justice and environmental stewardship … but will always stand in union with the U.S. Conference of Catholic Bishops.”

Ralph McCloud, CCHD’s director, says the grant denial was “a joint decision” with the Winona diocese, and LSP’s financial support of the membership organizations played a part. Though LSP has done “tremendous, tremendous work over the years … the whole same-sex marriage piece hasn’t been as big an issue in years past,” McCloud says. 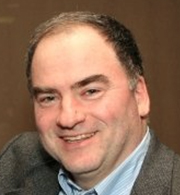 Schultz — who is Catholic — notes CCHD added a “social and moral” clause to grant agreements in the last couple of years.

“CCHD was founded in order to implement the social teachings of the church,” he says. “Jesus talked to prostitutes, tax collectors and the rest. You have to engage. Our organization has never taken a position objecting to the marriage amendment, but we will work with organizations helping us win local democracy, save democracy through protecting the vote, or doing our books better to help stop factory farms.”

He adds: “You never say, ‘We’ll never deal with you.’ That’s not the way actual change happens. This is really bad pastoral ministry.”

McCloud says CCHD encourages people to work in coalitions, but if such work “is contrary to Catholic teaching, Catholic donors, the supervising bishops, we can’t support it.”

Despite CCHD’s decision, Schultz blames outside groups for losing the grant. “We think CCHD is being yanked” by national conservative groups putting pressure on the national church, he says. “It’s far-right Catholics who want to destroy or redirect CCHD.”

One such entity is the American Life League, which opposes “abortion, homosexuality, birth control [and] Marxism,” says Michael Hichborn, who directs ALL’s Defend the Faith project.

ALL compiled a web page documenting LSP’s TakeAction and Council of Nonprofits connections — and included photos of LSP Executive Director George Boody and his wife, noting their personal contributions to Planned Parenthood, and the “pro-homosexual” PFLAG, a family support group for gays and lesbians.

Hichborn — whose group is sometimes at odds with CCHD — says the Winona diocese was not aware of the connection until ALL’s contact.

ALL has other Minnesota CCHD grantees in the cross-hairs. Hichborn ticked off:

Schultz says LSP was determined not to push a media story, but word got out when the groups sent supporters a letter that asked for donations to cover the CCHD grant. (I was contacted by a reader, not LSP.)

“There was no press release, but we’re a membership organization and we felt we had to tell our members what happened, not sugarcoat it,” Schultz says.

Though LSP’s budget could top $2 million for the first time this year, Schultz says the $48,000 grant was critical because “that’s not easy money to raise. It’s for the express purpose of building power by taking on structural racism and corporate power. CCHD is one of the foremost funders of economic and social justice in the country — ask anybody in social change organizing.”

I asked CCHD’s McCloud if his group had found any other Minnesota group to organize rural minorities, beat back voting barriers and preserve the land. “We’re actively looking for groups to consider,” he replied. “We’re receptive to anyone who makes application.”

Conflict of interest statement: I’m a donor to groups opposing the marriage amendment and my wife is a nonprofits lawyer who does legal work for TakeAction. Neither she nor TakeAction was involved in the genesis or reporting of this story.