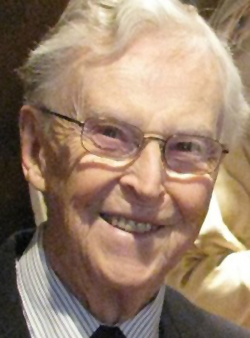 Finnegan — who led the St. Paul paper through the 1970s until the mid-’80s — preceded the late Deborah Howell, but journalists of my generation knew him as a wise, endlessly supportive presence at the University of Minnesota, where he was an adjunct professor, and as namesake of the Finnegan Freedom of Information Act award, which goes to those who open up government to better inform citizens.

Bob Shaw’s fitting obit is already up at the Pioneer Press, but if you have a little time and love of Minnesota journalism history, check out Jon Collins’ marvelous interview with Finnegan 15 months ago. It will give you a superb sense of what this fine man was about.