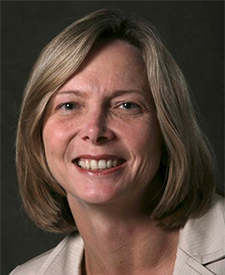 I have received a number of complaints from inside and outside of the newsroom with regards to journalists promoting their own political agendas on both the Star Tribune and social media accounts. This damages our brand and our credibility. Journalists take an oath to be fair and unbiased. If you want to campaign, then you need to put down your journalist’s badge. I ask that if you have any posts up promoting a campaign or a ballot question that you immediately take it down.

While I’m not quite sure what oath Barnes is talking about, there’s no doubt Covert’s tweet — “If you like to vote with your dollars, cancel your subscription to the Pioneer Press. (651) 222-1111 or infodesk@pioneerpress.com” — got Strib leadership’s attention. As documented by Jim Romenesko, Pioneer Press managing editor Chris Clonts complained to Barnes and her managing editor, Rene Sanchez, and “got a genuine note from Rene this morning acknowledging the situation.”

Covert tweeted from his personal account; Barnes’ memo says branded Star Tribune accounts were also used. I follow as many Strib writers as I can and haven’t seen anything, though I don’t follow the accounts that spit out mostly headlines. If anyone has the tweets in question, let me know — @dbrauer or dbrauer@minnpost.com.

I certainly disagree with Covert about canceling the PiPress over its half-baked marriage editorial — and said so here. And as leader of the most closely watched news organization in the state, Barnes has been dogged about quashing even the most fleeting of political expression. The bias-seers still see bias, but the cat-and-mouse game has gotten tougher.

That’s the game the dailies play; I’m in the camp that says we’re all biased, transparency is better than suppression, let the chips fall. While I think journalists use objectivity like priests use celibacy — to convince the populace they are closer to God — Barnes’ principles have been clear for years, and are shared by the town’s other big media outlets.

Her application of the principle has costs: As I’ve noted before, her news columnists don’t engage politics as often, nor as directly, and that makes the Metro section a less interesting place. (It’s been better this year.) And it’s faintly ridiculous that a critic — a guy who can have opinions about a movie’s politics — can’t express any on his personal Twitter account. Covert is not Rachel Stassen-Berger; he’s not Jim Ragsdale. Would the Strib be less interesting, less professional if he told the world marriage discrimination was abhorrent?

Update: After this piece was published, Colin Covert emailed me, miffed that I hadn’t gotten his side. “Throttle back there, Top Gun, you’ve about to overheat,” the movie critic wrote. “Any political agenda you read into that piece is yours alone. I choose my words carefully, and I wouldn’t mind a correction. It’s a 140-word character jab at our competitor expressed in Election Day language, despite whatever conclusions anyone believes they detect between the lines. I do not spend a whole lot of time — like none — reading PiPress editorials.”

This, folks, is why you call the people you’re writing about — my apologies to Covert.

Still, the chain of causality leaves my brow furrowed. Covert’s tweet — which looks like it was deleted today — was emitted two days after the PiPress’s first editorial appeared and a day after editor Mike Burbach walked it back. Barnes’ note (which to be fair, referenced multiple posts by multiple people) came out the next day, after PiPress complaints about Covert.

I can’t say I got a clear answer about what did prompt the particularly sharp poke, but before I heard from Covert, I got an email from Newspaper Guild co-chair Janet Moore noting that Covert’s tweet “said nothing about the PiPress’s marriage editorial.”

Obviously, it’s a sensitive topic over there — one I should’ve done a more solid job reporting.