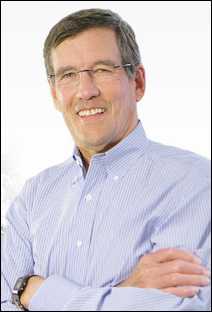 Ryan, 66, started working for his family’s business in eighth grade and helped grow it into one of the nation’s leading real-estate design-build development firms. His first project as a construction manager was remodeling a Bloomington space into Target‘s fourth store.

“Jim’s goal was not to build the biggest buildings or be the largest company. His goal was to build character in his employees, build confidence in our customers and to build better communities,” Pat Ryan, Jim’s cousin and business partner, said in the company’s statement.

In recent years, Jim Ryan had dedicated time, energy and resources to reviving the Phillips neighborhood in south Minneapolis. I interviewed Ryan in 2007 for the Business Journal about his and wife Colleen’s efforts to help establish a youth leadership center there.

“This world would be a better place if there were more CEOs with Jim Ryan’s values,” Pat Ryan said.