Americans, be warned: The debate in Washington over the federal budget and the U.S. debt ceiling has major implications that go beyond just the scale and shape of government. It could also affect the prosperity of the wider economy, especially in terms of jobs and income growth, for years to come.

A budget deal that works well could help put a fragile economic recovery back on track, while also starting to steer the nation onto firmer footing for long-term growth. Failure to make fiscal progress, by contrast, could prolong current weakness and increase the risk of a debt crisis.

Republicans and Democrats have agreed to meet more frequently amid signs that US job growth has slowed.

The two sides are also aware that stock and bond markets could falter if no deal is on the horizon soon. The Treasury Department has said that without an agreement to allow new borrowing, it will run into trouble paying government bills starting around Aug. 2.

The difficulties in budget talks are partly about each side maneuvering for political high ground.

Republicans say it’s irresponsible to allow more Treasury borrowing without enacting a deficit-reduction plan that includes sharp cuts in federal spending. Democrats say the path to long-term fiscal health should include a mix of spending cuts and tax revenue, including higher taxes paid by the rich.

But beyond those positions, the debate is also about thorny economic issues. 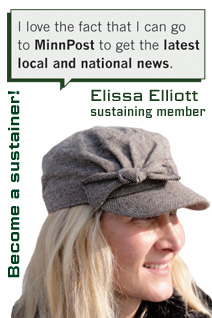 Most prominent is this question: Will the private-sector engines of job creation be helped or hurt if the federal government starts reducing its role as a big spender? Economists have lined up on both sides of this debate.

Critics of Republican spending-cut proposals say the move could be damaging and is unnecessary, while supporters say it will succeed at reviving investor and consumer confidence where wrongly named “stimulus” programs have been failing.

Some economists warn against going to either extreme. “It’s definitely a delicate balancing act,” says John Silvia, chief economist at the banking firm Wells Fargo in Charlotte, N.C. “You want to show [that] we really are going to get our fiscal house in order,” he says, while also being careful not to pull too much activity out of the economy too quickly.

In his view, there’s room for a middle-ground fix that will meet both objectives: Some substantial spending cuts could begin in the next budget year without damaging economic growth.

But the economic outlook has darkened in recent weeks, raising the stakes in this debate. Among the sobering signs:

•The pace of US growth has been slower than expected during the year’s first half — near a 2 percent annual pace, adjusted for inflation. That’s not fast enough to bring down unemployment. In May, the official unemployment rate ticked up to 9.1 percent.

•The global economy has also lost momentum, with emerging nations like China and India struggling to tamp down inflation pressures. In addition, Japan has slowed since the March earthquake and tsunami, and Europe is struggling to contain concerns about whether nations like Greece will be able to finance their public-sector debts.

•The credit rating firm Moody’s joined Standard & Poor’s in issuing a warning that the United States needs to get its fiscal act together, or risk a downgrade of its public debt rating. A downgrade, while not considered imminent, would push up the cost of borrowing throughout the US economy.

An underlying problem is that economic recoveries following a financial crisis tend to be slower than typical rebounds from recession. Millions of U.S. consumers continue to struggle with high levels of household debt, banks are still burdened by troubled loans, and the government — partly because of stimulus efforts — has seen its own debt level soar.

The risk is that high debt loads will hamper economic growth for years to come. In its mainstream forecast, the Congressional Budget Office currently envisions tepid growth of about 2.5 percent a year during the second half of this decade.

Sometimes, efforts to fix the problem can bring complications of their own. Just look at Greece. To retain a credit lifeline from neighboring nations, the country has embarked on an austerity program while also paying sky-high interest on new loans. In its case, government spending cuts appear to be crimping economic activity and tax revenues.

By contrast, if a nation can speed up the growth rate for its gross domestic product, that can help not only job creation but also the process of digging out of debt.

Some economists argue that if the goal is to get unemployment down and growth up, now is the wrong time to make big changes to the budget.

“It is not the time to cut spending or raise taxes,” given how fragile the economy is, says Robert Shapiro, a former economic official in the Clinton administration who is now at Sonecon, a policy consulting firm in Washington.

To those in this camp, a key risk is that government retrenchment (such as spending cuts) could pull a leg out from under an already weak economy. That could hurt both jobs and the fiscal outlook, since tax revenues rise in a healthy economy. A better approach, they argue, would be to plan fiscal reforms that don’t kick in for a year or two.

But others say that stimulus programs, which add more debt to an already high-debt economy, have had only marginal impact thus far, so a different approach is warranted.

“My sense is that some policy that puts the fiscal house in order … is the only way out,” says Alberto Alesina, a Harvard University economist who has studied the relationship between government budgets and GDP.

By his research, nations working to control their debt levels achieve the strongest economic growth when they emphasize spending cuts more than tax increases. Alesina cites Canada in the 1990s as among the examples of nations that have successfully pared down debt (as a percentage of GDP) while also encouraging economic growth. By contrast, he says, an Italian effort to adjust public finances through tax increases backfired, leaving Italy with a still-high debt level.

For now, most Republicans are ruling out tax hikes. They generally say they’ll vote to raise the debt ceiling (allowing the Treasury to borrow more) only if the move is accompanied by meaningful commitments on spending cuts and no increase in tax revenues.

Although the two parties are sharply divided on some key issues, including how to curb health-care costs, some important common ground also exists. Prominent members of both parties have embraced the idea — espoused last year by President Obama’s bipartisan fiscal commission — of seeking about $4 trillion in deficit reduction over the next decade, to stabilize public debt as a share of GDP. And many on both sides agree on the need for sizable spending cuts. (But Republicans tend to want bigger cuts, and sooner, than Democrats.)

The two sides also share an interest in tax reform aimed at simplifying the code and making the United States more competitive globally as a place to do business.

A “grand bargain” that even includes changes to Medicare or Social Security may not be reachable as part of a vote on the debt ceiling this summer. But the existing areas of agreement could, with some political statesmanship, become building blocks in a broader fiscal restructuring.

As economic recovery sags, would a federal budget deal hurt or help?