President Obama laid down the gauntlet on tax increases Monday as he unveiled his plan for deficit reduction.

Speaking in the Rose Garden, the president said he would veto any plan that isn’t “balanced” between spending cuts and tax increases. And he rejected cries of “class warfare” over the prospect of $1.5 trillion in tax increases on the wealthy during the next decade. With cuts proposed throughout the budget, including savings out of Medicare and Medicaid, the president insisted that the rich should not get a better deal than “ordinary families.” 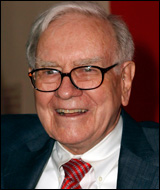 “This is not class warfare; it’s math,” Obama said. “The money’s going to have to come from someplace. And if we’re not willing to ask those who’ve done extraordinarily well to help America close the deficit … then the logic, the math, says everybody else has to do a whole lot more.”

The president noted that tax cuts for the wealthy during the past decade had contributed to the “yawning deficit” that the federal government faces.

All told, the White House says its plan would save a total of $4.4 trillion over 10 years, with a 2-to-1 ratio of spending cuts to tax increases. That number includes $1.2 trillion in cuts to discretionary spending already enacted in the Budget Control Act — the compromise bill that ended debt-ceiling impasse this summer.

• $580 billion in cuts and reforms to mandatory programs, including federal health entitlements.

• $1.1 trillion in savings from troop drawdowns in Afghanistan and Iraq.

The plan, which is to be submitted to a special joint congressional committee on deficit reduction, also folds in $467 billion in tax hikes the White House proposed last week to pay for the job-creation proposals Obama announced earlier this month.

The president called on the special committee, also known as the deficit “supercommittee,” to undertake comprehensive tax reform, which would allow the Bush-era tax cuts for upper-income earners to expire, limit deductions and exclusions for those making more than $250,000 a year, and close loopholes and tax breaks that benefit corporations.

He stressed his support for the so-called “Buffett Rule,” named for billionaire investor Warren Buffett, which says that people making more than $1 million a year should pay at least the same percentage of their income in taxes as middle-class taxpayers. It would require, in effect, an “alternative minimum tax,” for the rich.

“Warren Buffett’s secretary shouldn’t pay a higher tax rate than Warren Buffett,” Obama said, echoing a common refrain from Buffett himself. “There’s no justification for it.”

With the 2012 presidential campaign heating up, prospects for passage of Obama’s plan — particularly the tax-increase elements — seem remote. And he made clear that he would not support any plan that reaches his desk that puts “all the burden for closing our deficit on ordinary Americans.” Obama has faced considerable pressure from his liberal Democratic base not to cut benefits in any of the big three entitlement programs.

After expressing willingness last summer to make changes to Social Security in deficit-reduction talks with House Speaker John Boehner, Obama backtracked and included no cuts to the retirement program for seniors in the plan released Monday. On Medicare and Medicaid, which help seniors and the poor, Obama said he would veto any bill that changes benefits for those who rely on those programs but does not ask the wealthy and large corporations to pay their “fair share.”

Most of the savings from Medicare in the president’s plan would come from reducing overpayments, the White House said. The plan does not propose to raise the eligibility age for Medicare benefits. In Obama’s earlier talks with Speaker Boehner, an increase in the eligibility age from 65 to 67 was on the table.

Republicans in Congress and on the presidential campaign trail reacted negatively, as expected, to Obama’s plan.

“Pitting one group of Americans against another is not leadership,” Boehner said in a statement. “This administration’s insistence on raising taxes on job creators, and its reluctance to take the steps necessary to strengthen our entitlement programs are the reasons the president and I were not able to reach an agreement previously, and it is evident today that these barriers remain.”

The Senate Republican leader, Mitch McConnell put out this reaction: “Veto threats, a massive tax hike, phantom savings, and punting on entitlement reform is not a recipe for economic or job growth — or even meaningful deficit reduction. The good news is that the Joint Committee is taking this issue far more seriously than the White House.”

From Texas Gov. Rick Perry, the front-runner for the GOP presidential nomination: “President Obama’s plan is a bait and switch that offers more than a trillion dollars in higher taxes for a promise of temporary tax relief. The president penalizes investment when it is needed most, discourages charitable giving, and doubles down on a failed government stimulus strategy.”

From former Massachusetts Gov. Mitt Romney, second in GOP presidential polls: “President Obama’s plan to raise taxes will have a crushing impact on economic growth. Higher taxes mean fewer jobs — it’s that simple. This is yet another indication that President Obama has no clue how to bring our economy back.”

Linda Feldmann is a staff writer for the Christian Science Monitor.