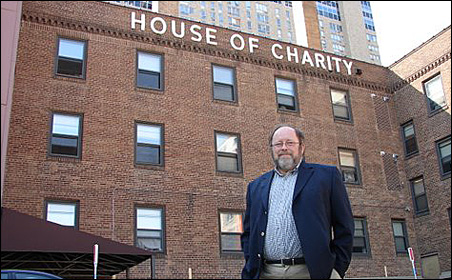 This started as a simple trend story on nonprofit chemical-dependency halfway houses.

Last May, I bumped into former state Rep. John Clawson, now executive director of Minneapolis-based House of Charity. Its halfway house was closing July 1, he said, replaced by an expanded treatment program. Later, I spoke to Pat Dale, chief executive officer of Richfield-based The Storefront Group. Its Way 12 halfway house was closing after 34 years, effective July 1.

Clawson and Dale said the Minnesota Department of Human Services (DHS) had changed rules affecting halfway houses. So I got curious and went down the bureaucratic rabbit hole. I tried to understand DHS assessment and licensing rules and how they affected treatment providers.

Many interviews later I emerge with a few answers about halfway houses, but more questions about the state’s leadership in chemical-dependency treatment and the financial health of nonprofit treatment providers — the backbone of government-funded services for poor clients.

48: Minnesota’s rank among 50 states for adults per capita in treatment. (PDF)

Mike Schiks, executive director and chief executive officer of Project Turnabout Addiction Recovery Center, a 90-bed Granite Falls facility, said: “You keep hearing about Minnesota as the land of 10,000 treatment centers. But the truth is out of 50 states, only Texas and Arkansas are below Minnesota.”

DHS leadership is worried, too.

“These are tough days to be in the business of human services in the state of Minnesota,” said Carol Falkowski, director of DHS’ chemical-health division.

People perceive Minnesota as a treatment Mecca, she said, but the state has ranked near the bottom in per capita treatment since the late 1990s, when the federal government began reporting data. She does not know if Minnesota ever ranked higher, and if it did what led to its decline.

With state budget watchers forecasting a grim 2009-2010 session, what will happen with funding for these nonprofit providers? “I have no crystal ball,” Falkowski said.

Halfway Houses axed
OK, back to DHS rule changes, its efforts to improve the cash-strapped system, halfway houses and the story’s starting point.

The old version of Rule 31 defined levels of care: inpatient, outpatient, extended care and halfway house. As Robert Bakken, a Hennepin County planning analyst supervisor, explained it, the new rule eliminates those categories. That means no more payments to halfway houses per se.

“In the past, it could be that a client could go to one program for a few weeks, then they would go to a halfway house to finish their treatment,” Bakken said. “It seemed that lots of times what happened, clients got lost in that process. They could have good completion rates in primary, and then pretty mediocre completion rates with halfway houses.”

DHS says the Rule 31 changes went into effect four years ago. Way 12’s Dale said as a practical matter for his program, they went into effect July 1 along with other changes that affected how Way 12 got paid.

However they unfolded, the changes were an opportunity for House of Charity and a closed door for Way 12.

Fork in the road
House of Charity serves homeless people and the urban poor. It had several programs in one building, including the halfway house, group residential housing and transitional housing, 108 units in all. As it stood before, Clawson said many residents struggled with chemical dependency, but only halfway house residents got treatment.

Now, House of Charity’s former Day by Day Halfway House will morph to an outpatient program, serving anyone county-approved.

“Virtually all of the clients here will be engaged in chemical-dependency treatment,” Clawson said. “This will serve more people, more ways, in more places, better.”

The Storefront Group’s Dale said the six-unit Way 12 halfway house in downtown Wayzata closed after serving thousands of young adults over the years.

To continue the program, it would have had to become a treatment provider — “meaning we would take people 15 seconds into their sobriety and we would work with them all the way through the continuum,” he said.

That was never Way 12’s mission. It did not want to compete with larger treatment programs.

“We are best suited to do what we have always done,” he said. “The fact that the rules are changing doesn’t make us good at what we would have to do.”