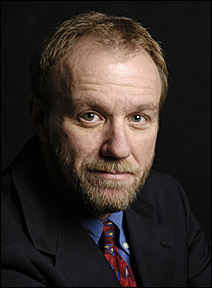 For Jim Paulsen, the gloom over the stock market’s dismal first-half performance is just one more sign of pessimism gone wild.

Paulsen is the chief investment strategist for Wells Capital Management in Minneapolis.

On Wednesday, hours before the Dow Jones Industrial Average and the Nasdaq Composite Average officially entered bear market territory by closing more than 20 percent below the high they reached last October, he echoed comments he made early last month in his June letter to investors. Then, he urged investors to “stay bullish … because the stock market is reasonably priced.”

The market went on to experience one of its worst price declines ever for the month of June. That showing pushed the major market indexes to double-digit losses for the first half of the year.

Minnesota stocks hit
Many Minnesota stocks felt the pain (see chart below). 3M was down 17.5 percent for the first six months, Travelers down 19.0 percent and Best Buy down 24.4 percent.

UnitedHealth was the state’s most valuable publicly held company by market value — shares outstanding times stock price — when the spring began. Now it has fallen to sixth most valuable. The company’s stock plunged 54.9 percent during the first half. (On Wednesday, UnitedHealth announced a restructuring plan that will trim 4,000 jobs, about 5 percent of its workforce. It also lowered its profit estimate and agreed to pay more than $900 million to settle two lawsuits over stock options backdating.)

Not all the news was bad. Plymouth-based Mosaic, a fertilizer manufacturing firm that has been riding the boom in commodities issues, soared 53.4 percent. For now, Mosaic’s stunning run-up has moved it to the top of the state’s pack, ranked by market cap.

Paulsen views much of what is happening in the market lately as serious over-reaction to the state of the economy. His take is that the troubles are concentrated in a few sectors. The economy continues to grow, though only slightly, despite all the talk about a recession, he says.

“How people feel about the economy is over the top of the reality,” says Paulsen.

Are things really that bad?
He notes that consumer confidence, as measured by the Conference Board, is 10 percent below its lowest level in the 1982 recession. That was one of the most severe downturns in recent decades.

Paulsen acknowledged serious troubles with oil prices and the housing market but said the declines are easing in housing.

But he also noted that the S&P 500 was not much below the low it hit late in January, after three weeks of declines that kicked off the new year.

“There’s one huge positive that hasn’t shown up yet,” but it will, he predicted. That’s the cumulative positive effect on consumer spending of all the stimulus, particularly the surge in the money supply, that’s been pumped into the economy.

Mixed showing amid slump — A June monsoon hit the stock market, pulling the major market indexes down to double-digit losses for the first half. Minnesota’s 10 largest-capitalization stocks showed highly mixed results. Fertilizer producer Mosaic, a Cargill spinoff, was the standout, but prices for six of the top 10 fell, with UnitedHealth plunging nearly 55 percent.