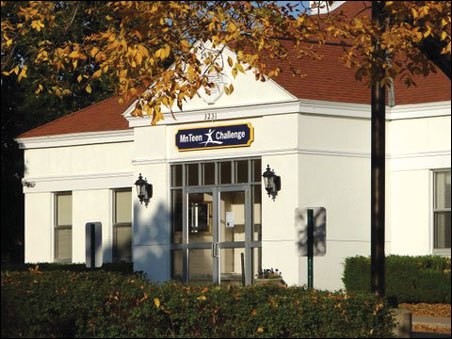 Minnesota Teen Challenge, a faith-based alcohol and drug recovery program, will try to rebuild its finances and credibility after apparently large investment losses in Petters Co., a company now being investigated for fraud. It’s a wake-up call for other nonprofits to review their investment policies and portfolios.

News reports  said Teen Challenge had $5.7 million invested with Petters Co. through Fidelis Foundation of Minneapolis. As of Dec. 31, 2007, Teen Challenge had an $18.5 million fund balance, according to the state’s charities website. That means Teen Challenge’s Petters investments represented somewhere in the ballpark of 30 percent of its total assets, including property, and therefore an even larger chunk of its liquid assets.

Tom Petters was charged with fraud earlier this month and remains in jail. Soon after his arrest, Teen Challenge laid off 22 members of its staff, or 8 percent of its 260-person organization, the Star Tribune reported.

I hoped to get more details on Teen Challenge’s investment policies and procedures. Did the board have a written policy, what did it say, and did the board follow it?

Letter posted on website
Teen Challenge declined comment. I was referred to a one-page letter (PDF) posted on its website. It said in part: “Strong Christian stewardship is one of our embraced values. It is important for you to know that our board is very prudent and careful with all contributions that come into the ministry.”

Kate Barr, executive director of the Nonprofit Assistance Fund, said she doesn’t know the details of these Petters investments, but as a nonprofit board member, “you should be able to look at something like that and say: ‘That smells wrong. How could we possibly have that kind of return and be prudent?’ “

What’s fair criticism?
While working for the Southwest Journal in 2002, I wrote about Teen Challenge when it received its first Hennepin County contract.  I recall enjoying the visit.

Fair criticism or 20/20 hindsight?
Reading the news accounts about its investment losses, I wondered what is fair criticism and what is 20/20 hindsight. The Petters scheme was elaborate. Many other investors, both private and nonprofit, got duped. Should Teen Challenge or other nonprofit investors have known?

Further, Teen Challenge’s Petters’ investments came from a single donor, and that donor suggested investing in Petters. Still, it was ultimately the board’s decision to invest there.

The Teen Challenge letter tries to make a distinction between this individual donation and money from other donors. “[O]ur board of directors adamantly insisted that no other general donor funds ever be transferred into these notes,” it said. That distinction may be irrelevant if the nonprofit struggles to deliver services.

Jon Pratt, executive director of the Minnesota Council of Nonprofits, said nonprofit organizations face difficult situations when donors give advice about their donations. Still, the Teen Challenge board had a “duty of care” about how it handled all of its money.

“You are supposed to take care of the organization’s finances with the same care you would with your own finances,” he said. “Ordinarily people know: You want to diversify.”

Pratt said the board fell down in its duty and probably has a claim under its directors and officers liability insurance.

Impact on expansion plans unclear
Insurance coverage is one of several unanswered questions for Teen Challenge. Further, it is unclear what impact the investment losses will have on expansion plans. Teen Challenge’s website says: “Currently we are actively pursuing program and facility expansion and expect to add 100-150 residents to our program over the coming 24 months.”

The program offers 60-day and yearlong programs, the website said. It housed more than 400 residents in 2007. It lists locations in Minneapolis, Duluth and Brainerd.

First, assess your needs: Are the investments needed for cash flow or long-term building projects? Next, define risk as it relates to your organization and make an asset allocation that reflects that risk: How much should you invest in fixed income? How much in equities? Then create a regular review process, including what to measure, how often, and who participates.

“The big thing is, people weren’t assessing their risk on a regular basis,” Rocca said of those with Petters Co. investments.

Nonprofits rely on their reputation to get future donors and contracts, she said. Even if there isn’t a legal liability around investments, if those decisions raise questions about nonprofit leadership, “that is going to have real consequences.”