Peg Birk has had the opportunity to work with much larger budgets before, but when she becomes the George Family Foundation‘s first full-time executive director today, she says the mission is a much better fit for her own life’s work.

Birk is a former McKnight Foundation board member and served as interim president from 2005-2006, overseeing $90 million in grants. For comparison, the George Family Foundation gave out about $3 million last year.

While Birk heaped praise on McKnight, the George Family Foundation has a particular emphasis on spirituality, leadership and integrative medicine — areas Birk has pursued passionately. When I reached her, she was attending the California-based Strozzi Institute‘s Somatic Leadership Training.

The training includes learning about psychology and neuroscience as well as doing daily mediation and a form of Aikido, a Japanese martial art. It integrates body, mind and spirit, Birk said. It teaches people (particularly professionals who spend a lot of time in their heads) to be more connected to their bodies. When they get triggered emotionally at work, the body awareness helps them recognize what’s going on. In that moment, they can choose a better response (instead of falling into old habits of withdrawing or responding with “a verbal punch.”) 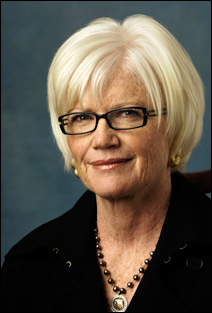 She has done the training for 18 months and now serves on Strozzi’s advisory board.

Birk also did an 18-month training at the Maryland-based Shalem Institute for Spiritual Formation. That focused on various meditation practices and contemplative spirituality. The goal was developing grounded compassion, practical wisdom and skillful action, “and bringing that aspect of yourself into your executive role,” she said.

About the foundation
The George Family Foundation is the philanthropic arm of Bill and Penny George. Bill George is the former chairman and chief executive officer of Medtronic. Penny is the foundation president.

Medtronic uses technology to transform treatments of chronic, debilitating diseases. (Think pacemakers.) The George Family Foundation focuses on wholeness in body, mind and spirit and has made integrative medicine a priority. For instance, it made a multiyear $1 million grant to Abbott Northwestern Hospital for the Penny George Institute of Health and Healing.

“A lot of that is around mind-body skills and empowering patients to be responsible for their own wellness,” Penny George said. “A lot of what exacerbates illness and triggers it in some cases is stress. The one thing that patients can do for themselves is various mind-body things, including meditation.”

Penny George said Birk brought several assets to the foundation, including her experience at McKnight and her community connections. Plus, “in the interview, it was clear she shared independently a number of the values and personal passions that we do.”

As a side note, I was curious whether the foundation would be scaling back its gifts. After all, the economy could use a good pacemaker right now.

“Our foundation is down just as much as anybody’s,” George said. “It was $60 million in January and it is $43 million now. But we are not planning to give any less as a result of that. We feel like at a time like this, it is more important than ever to keep on giving. We are not trying to build up a huge corpus. We just want to continue doing good work.”

Gold to gold
Most recently, Birk served as co-executive director for the Minnesota Early Learning Foundation (MELF). She stepped down Oct. 10, but continues to serve on the MELF board.

Asked about the shift from a place like McKnight, the state’s largest foundation, to the George Family Foundation, Birk compared it to the job changes she made in her legal career. At various times, she worked as senior government affairs counsel and senior corporate counsel for The St. Paul Companies and as senior vice president and general counsel for Federated Mutual Insurance. She even had a stint with AIG.

The companies were different sizes and had different markets and cultures, she said. It is the same in philanthropy, and she feels lucky to get the opportunity to work for two different foundations both doing good work.

“It is not about compare and contrast,” she said. “It is not apples to apples. It is gold to gold.”