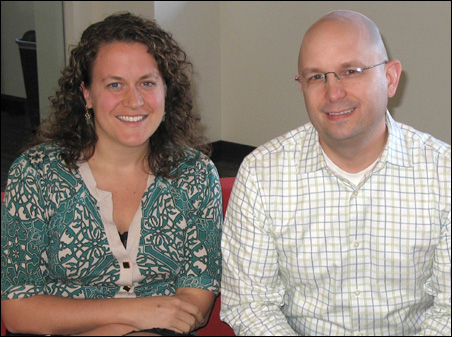 It used to be that a young anthropologist coming out of school faced a choice: study tribes in Africa or ritual sacrifice in Papua New Guinea.

But recent grads might want to look for work at another exotic location: Loring Park in Minneapolis, where the marketing agency Olson is running something of a full-employment program for anthropologists.

In the course of growing from 50 employees to 180 over the last five years, Olson has added more than copywriters and designers. The agency now boasts six anthropologists who probe consumer thoughts and behavior in hopes of forging a connection with the agency’s clients, including General Mills, Lee jeans and Nike Bauer hockey equipment.

The agency, known for its philosophy of building “brand champions,” has gone all in with the anthropological approach. Its new slogan, “We think in social circles,” highlights the idea that today’s consumers want to associate with brands that seamlessly reflect their lives and values.

“Brand communities were a developed idea,” said Mark Bubula, vice president and strategy group director. “But how do you look into those? Anthropology was the answer.”

Emilie Hitch was the agency’s first cultural anthropologist. Thinking her skills might be useful in the corporate world, she sought a meeting with agency founder John Olson and walked out with a job offer.

Looking for meaning, motivations
Hitch views her role as drawing meaning out of consumers — asking not merely whether they like a product, but what it means to them. She’s raised some eyebrows in consumer interviews, asking questions about sacred spaces or rituals.

But think about your own life. Is your candlelit bubble bath a sacred space? Is dressing for a date or an important meeting a ritual? A product that understands these things might be able to reach you in a deeper way than one that merely appeals to your eyeballs or your pocketbook.

And her role involves more than just asking questions.

“I have looked under beds,” Hitch said with a laugh. “I have been in a lot of basements with hockey gear everywhere.” Like her academic colleagues who study the behavior of rural villages, Hitch observes the behavior of her targets and seeks to understand their motivations.

Radical change in the industry
The approach “seems to be right for the times,” Bubula said. “The industry is changing so radically now. For 40 or 50 years, it’s all been based on the idea that we’re put on this earth to consume.

“I think that’s why you’re seeing so many technologies developed to avoid advertising. People want to connect,” he said. “You now have a community where the brand is part of it and the consumer is part of it. Neither has more power. Brands that understand that will win.”

Talk about social circles and immediately the new social-media venues like Facebook and Twitter come to mind. But even those media require a thoughtful approach, Hitch said.

“You have to think, if the brand was a person, what would it act like?” she said. “If Bauer was a teammate on Twitter, would it constantly be handing out coupons in the locker room? Or would it say, ‘I have this really great stick, and it increases my accuracy?’ “

It’s a fascinating approach, and it’s hard to argue with the agency’s recent record. Maybe it’s time to send an anthropologist over to study Olson.