I’ve written in this space often — in fact, almost exclusively — about the changing world of marketing.

So get ready for a rare treat: an item about achieving success through persistent application of the eternal fundamentals.

I’ve long wanted to talk to super-Realtor Bruce Birkeland. For years, I’ve seen his name listed as the agent on some of the most exclusive, most expensive homes in the Twin Cities market.

He’s clearly a standout in his field. And as someone in the sales and marketing business, I was curious about how he did it.

I finally caught up with Birkeland last week (it wasn’t easy!). Knowing how the Internet has changed every kind of marketing, living through the worst downturn since the Great Depression, I figured Birkeland would be brimming with thoughts about how he’s shifted his strategies in response to the turmoil affecting everyone who’s trying to sell anything. 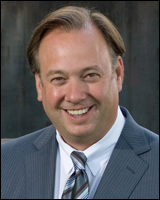 “It’s the fundamentals that do the job long-term,” he said. “Knowing the people in the community, developing relationships, establishing expertise and value.

“It’s a little like farming — you reap what you sow.”

To Birkeland, the Internet is “just another tool,” not the game-changer so many view it as. In fact, he said, the Web is as much a hindrance to him as a help.

“People get partially educated and judgmental,” he said. “The Internet doesn’t give you the architecture, sun play, the fit and finish, the floor plan, the surrounding supportive community.

“You have to cross the threshold of a house to understand it,” he said. “It’s like the cover of a book — you don’t know from the cover or the foreword how it’s going to read.”

“It’s hard work, perseverance, a thick skin,” he said. “You’re dealing with an emotional product, and people are buying it emotionally. You have to be able to deal with rejection.”

Birkeland relies on direct mail to reach clients and said he’s pretty much stopped advertising in newspapers. He does have a Website, of course, but he doesn’t think it brings in a huge share of his business.

“My marketing is mostly about the neural network,” he said. “It’s about the people you know, the connections, the persistence.

Birkeland plays in a relatively small arena: luxury homes whose prices can run into eight figures. In some ways, that makes his job easier; in many cases, he’s working with people for whom price is no object. The pool of potential customers is limited, and word of mouth carries more weight than it would with a mass product.

Still, he didn’t start out where he is now. And I think anyone in sales or marketing would do well to remember his message. Knowledge matters; relationships matter; hard work and persistence matter.

And if you doubt that, ask him about his sales total for last year.

“I don’t even know that,” he said. “But I’ve sold more than a billion in my career.”

Super-Realtor Bruce Birkeland: How to sell houses during tough times