I met some leading Twin Cities social media thinkers last week for a few flights of fancy beer at the Happy Gnome in St. Paul. A stranger at the bar was having trouble deciding what to order, so I gave him my 5-ounce sample of Rogue Double Dead Guy Ale.

As we talked, I realized that I’d unwittingly stumbled onto a celebrity. You may not have heard of him, but in certain circles, Bryan Person is a star.

Two years ago, Person discovered a budding social media service called Twitter. After a few weeks of tweeting, he thought it would be nice to meet some of his new online acquaintances face to face.

“I like breakfast,” said Person, now residing in Austin, Texas, but then living in Boston. “So I thought, why not get together for breakfast with some of the people I’ve been communicating with?

“And when we finished breakfast, some people said, ‘When can we do this again?'”

Person was in town to give a presentation at the latest Twin Cities breakfast and touch base with a client here. He was happy to talk about the unexpected success of his baby.

Action-oriented breakfasts
“To be honest, I didn’t have any grand vision,” said Person, 32. “Every time I go to an event, I’m blown away — I never foresaw it growing like this. It’s very humbling.”

The breakfasts are intended to be action-oriented, he said. 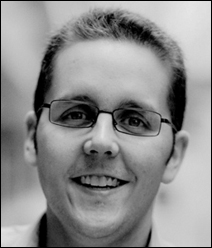 “I want people to learn something,” Person said. “I see a lot of academic events. I want people to get practical advice — to walk out with a takeaway they can go back to their office and put in place.”

The explosion in online media has been so rapid that people are in constant need of information on how to navigate that world, he said: “People are hungry for knowledge of how to apply social media to business.” And no matter how much we live online, “nothing replaces face to face interaction.”

Person has no grand scheme for the social media breakfasts and doesn’t try to control them; local organizers know what works best, he said. But he does offer a couple of rules to live by.

“All I say is: Be inclusive. Share what you know,” Person said.

And that includes sharing beer, which I’ll be happy to do with anyone who wants to discuss this topic further.