How do you restart a nonprofit once you shut your doors? Kristin Makholm is working to figure that out.

This June, Makholm took over as executive director of the Minnesota Museum of American Art, (MMAA), St. Paul’s one art museum. Here’s her challenge. The MMAA has no building. All of its artwork is in storage. The MMAA moved out of its leased space on Kellogg Boulevard last January because of pending redevelopment. (More here.) It wants to find a permanent home. But the economy is weak and philanthropists have shifted more attention to meeting basic human needs such as food and shelter.

How does the MMAA revive itself and convince donors and the public it has a new plan? During an hour-long interview, Makholm ticked off a number of ideas, and one of the more intriguing one was “crafts.”

The MMAA is not going to be a Walker Art Center or Minneapolis Institute of Arts, but it could carve out a strong niche in craft art. The Twin Cities has a strong history with crafts, reflected in such programs as the Textile Center and the Northern Clay Center. The MMAA already has a strong craft collection.

The museum used to do Fiber Clay Metal shows, Makholm said. Noted potter Warren MacKenzie started them in the 1950s, when he taught at the St. Paul Art School (the forerunner to the MMAA.). MacKenzie and the administration would bring in great crafts people, such as Bernard Leach, to jury shows and choose works for the permanent collection. 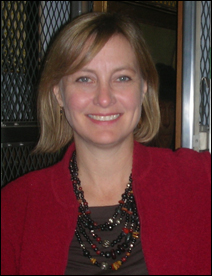 “You bring in great jurors and you do these shows every two years, and you buy the greatest stuff, you will have some really wonderful pieces in the collection,” Makholm said. When she took the job three months ago, she had no idea about the MMAA’s craft history. Now she is thinking of renewing the Craft Biennials. “Over and over again I have been hearing that this is something the museum could really distinguish itself in.”

Makholm was the gallery director for the Minneapolis College of Art and Design, and before that the curator of prints and drawings for the Milwaukee Art Museum. A curator at heart, she is interested in digging into the collection. This week, she is bringing in Lotus Stack, the former textile curator at the Minneapolis Institute of Arts, to review the MMAA’s textile collection.

“It is the first initiative I am taking to review and revalue our collection,” Makholm said.

Working on the elevator speech
OK, craft art isn’t the cure-all for everything that has ailed the MMAA. The museum’s board is working on a new strategic plan and a business plan. Those plans are expected by year’s end. The MMAA also is expanding its board to bring on new talent, such as an architect who could help with a new building. (The board also is looking for a treasurer. Calling all treasurers.)

Makholm said everyone’s concern is that the museum has a sound, distinct vision that articulates clearly and forcefully what its mission is and why it is important to arts in the Twin Cities. The MMAA is still working on its elevator speech, the catchy, 30-second summary of why the museum matters. Makholm knows pieces of the elevator speech. “The Minnesota Museum of American Art is St. Paul’s art museum. It is going to be devoted to Minnesota and regional arts.”

The business plan and strategic plan will help frame the elevator speech. In the meantime, crafts could provide some focus while the MMAA leadership puts the other pieces in place.

Staying relevant
Makholm said the museum has suffered from a nomadic existence and needs a permanent home. That will take time — and a capital campaign. The museum needs to stay relevant and visible during the transition.

The short-term plan is to be a Museum Without Walls. “We could see the positive side of this,” Makholm said. “Hey, we don’t have a building. Maybe we have the opportunity to program our collection into other spaces, take it out into new communities, take it to new people.”

With the help of Arts Midwest, the museum will organize three or four traveling shows. One could be a masterpieces show, the best pieces from the permanent collection, including a Grant Wood landscape. The second could be a textiles show. The third could focus on a single artist, such as George Morrison, where the MMAA has a significant collection of works.

Makholm has received some off-the-wall suggestions about how to display the art. Someone suggested hanging pieces in the St. Paul skyway system, she said. “Someone the other day said the great Paul Manship sculptures should go in the airport so that people going along the walkways can see the Manships.”

She is open to some special exhibits. This March, the College of Visual Arts Gallery will host the first one, an MMAA exhibit on abstraction.