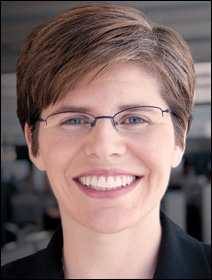 For the past decade, Kate Hanson of Ameriprise Financial has worked with the nonprofit Lifeworks to hire and support people with developmental disabilities at her firm.

That relationship became much more personal for Hanson in 2005 when she gave birth to her second son, Ben, who had severe brain damage. Hanson, director of technology, turned to a Lifeworks job coach to better understand her son’s future. Her own experience with Lifeworks’ clients also provided reassurance.

“If you don’t know people with disabilities there is that fear that they will have a lesser life,” she said. “But these people are living happy, productive and wonderful lives. … When you are faced with your own child with a disability, knowing that is an incredible gift.”

After Ben died, Hanson and her husband Brian started the nonprofit Ben’s Buddies to fund neonatology research at the University of Minnesota. Hanson also renewed her commitment to Lifeworks, which named her Advocate of the Year last year.

Ameriprise has more than two-dozen Lifeworks employees. They do mail delivery, document preparation, monitoring fax inboxes and more. For many, it is not just a job but also a career.

“What is fun is that over 10 years I have seen these people develop,” Hanson said. “They may come in with one job, but in five to 10 years they have been here, they have grown. They have gained computer skills and additional knowledge.”

International exchange
Lifeworks invited me to Ameriprise because job coaches from Denmark were visiting to learn more about supportive employment. Ameriprise was a good tour stop because Hanson was such a powerful champion.

A bit of serendipity brought this and similar tours to Minneapolis. Lifeworks President and CEO Judy Lysne is married to Alex Petterson, a Dane. Petterson is a school friend of Henning Jahn, who is one of Denmark’s representatives to the European Union of Supported Employment. Petterson and Jahn have remained friends, and since 1998 Jahn has led study groups from Denmark to Minneapolis. He says he’s brought around 150 people to learn about Lifeworks. He also has brought people from Lifeworks to speak in Denmark. 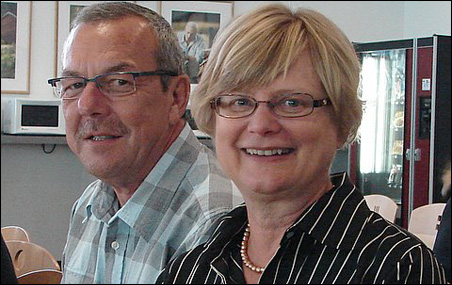 MinnPost photo by Scott Russell
Henning Jahn, a Danish representative to the European Union of Supported Employment, and Judy Lysne, president and CEO of Lifeworks, at Ameriprise.

“It has started quite a movement in Denmark that has been going on for the last eight years,” he said. “Even our government now supports this movement … Lifeworks is very famous in Denmark.”

Jahn said he and others are working on policy papers to bolster supportive employment. “We try to support all the ideas we have got from America and try to transform them into a European context,” he said.

Rethinking attrition
Hanson offered the Danish group her perspective on placing people with disabilities in jobs.

Say an employee, call him George, quits, she said. Typically, other people doing George’s job don’t want to think that just anybody can do it. They believe their job is too technical for a person with a disability.

Instead of finding a person to do all of the things that George did, Ameriprise has looked at a range of tasks throughout the organization. Often routine parts of individual jobs such as paperwork processing can be transitioned to Lifeworks employees. Start pulling out small tasks from everybody else’s day, and that frees their time to do the more complicated, technical work George was doing. 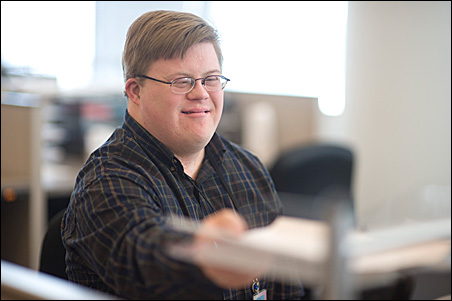 “We find that our people rally around our Lifeworks people,” she said. “In some instances, they feel almost a parental sense of responsibility, because they are vulnerable adults. It really brings the team together. They have something in common now where maybe they didn’t before.”

Beyond work
It should be noted that Lifeworks has benefited from the exchange with the Danes, too, improving its nonwork-related programming, Lysne said. Lifeworks strengthened its art programming, and now has a traveling show of client artwork and a line of cards.

Lifeworks started a 15-piece band called Musical Syndrome (the band members came up with their own name, Lysne said). Lifeworks got its inspiration from the Danish group Vasac Band. Lifeworks staff heard the band in Denmark and Jahn had brought the group to play in Minneapolis.

Lifeworks also developed multisensory rooms (PDF) based on what it learned in Denmark. These rooms help people with sensory impairments, which can cause sluggishness or hyperactivity. The rooms include such things as vibrating chairs and “bubble tubes.” The sense stimulation helps retrain the brain, either calming people down or revving them up, Lysne said.