More than a dozen Minnesota foundations are pooling resources to bring philanthropy into the 21st century here. They are launching the new website GiveMN Nov. 2 to encourage individual donors to support their favorite Minnesota nonprofits by giving online. Even if the site doesn’t increase overall donations, the switch to online giving will put more money to charitable use by reducing overhead.

“Giving online is the cheapest way to give — full stop,” she said. “We view this [GiveMN] more as a campaign than an entity. What we are trying to do is shift behavior. We are trying to move donors and nonprofits to engaging on line.” (Full disclosure: MinnPost will partner with GiveMN to provide monthly journalistic content to the new site.)

Banking and other financial transactions have been online for years. Philanthropy has been slow to change. Reedy said there was not good e-philanthropy data in Minnesota, but the numbers are small. Nationally, for median-sized nonprofits, online fundraising represents less than 1 percent of revenue, she said.

The Minnesota Community Foundation began looking for ways to increase online giving about a year ago. Now 16 foundations and the Greater Twin Cities United Way are collaborating.

The end result could mean more individuals giving directly to nonprofits — potentially drawing donations away from intermediaries such as foundations or the United Way. 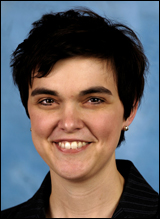 “I think that is a risk for every one of us who is a partner on this,” Reedy said. “We felt it shouldn’t stop us from being part of this new wave of giving, as opposed to sitting on the sidelines and playing defense for our older and more traditional ways of doing giving.”

Reedy said Network for Good is the industry standard for handling online giving and charges a 4.75 percent transaction fee. So here is where the local foundations come in. GiveMN has an operating budget of $500,000. In addition it will pay the processing fees for each donation to a Minnesota nonprofit. So if you use GiveMN to donate $100 to your favorite local charity, that charity will get the full $100 and the GiveMN foundations will cover the $4.75 transaction fee.

One risk for the foundations is overwhelming success. If donations skyrocket, they have to cover the fees. “We are a little bit terrified,” Reedy said.

Keeping up with the Kivas
There are some pretty dynamic fundraising sites on the web and Reedy pointed out a few of her favorites. Kiva lets individual donors make microloans to entrepreneurs around the world. (The website has information on the loan recipient, including a photo, project description and loan request. Micro financing institutions around the world approve and distribute the loans.)

Then there is Donor’s Choice, “an online charity connecting you to classrooms in need.” You can give binders and presentation boards for a science-fair project or calculators for a math class. Global Giving connects donors with community-based projects needing support.

These sites exemplify a key charitable trend: Even small donors now have the opportunity to do detailed searches for the type of work they want to support and make targeted gifts. The use of technology is making stronger connections between donors and the people affected.

“All the good e-philanthropy sites were sending money out of the country or even to other places in the country,” Reedy said. “We didn’t have a great way for people to connect to organizations right here.”

Whistles and bells
GiveMN will add several features to make it attractive. It will allow donors to easily track gifts by creating an online charity portfolio. It will allow them to do individual fundraisers for their favorite charities, for instance asking people to donate instead of giving birthday or wedding presents.

In addition to the Minnesota Community Foundation that spearheaded the effort, others involved include The Minneapolis Foundation, The St. Paul Foundation and the Blandin and F.R. Bigelow foundations. They deserve credit for the partnership.

In other communities, a local foundation has taken the lead and made its website the go-to place for e-giving. “It was clear to us that would not work here,” Reedy said; there would be a lot of duplication.

“We have 60 community foundations and a super strong United Way. For it to work here, it has to be a collaboration.”

Of the top 75 givers in 2008, 65 also made the list in 2007, a news release said. These 65 increased their giving by an average of 6 percent in 2008. “Grantmakers were telling us that they were committed to maintaining their giving even in the latter half of ’08 and into ’09, and this is reflected in this 6 percent increase,” said MCF President Bill King. “A year from now, the news may not be the same.”

The economic downturn’s effect is evident in 2008 foundation assets, King said. MCF’s ranking of Top Minnesota Foundations by Assets shows assets are declining, in some cases substantially. “Nonprofits will be affected, but the extent may not be known until well into 2010,” he said.

For the complete rankings, go here.

Related: MinnPost and Razoo: making it easier to donate