In her first 100 days, the new president and CEO of the Greater Twin Cities United Way plans to meet with at least 100 community leaders, including partner agencies, volunteers, board members, donors and state policy officials.

“It will be important for me to get out there and listen and hear what they are saying about the economy and the issues that we care about and how United Way is helping,” says Sarah Caruso, president of the Minnesota Children’s Museum, who was announced Thursday as head of the umbrella social service organization. She will replace Lauren Segal when she starts her new job Nov. 30.

Caruso would have been happy staying at the museum, but the United Way post gives her an opportunity to have a broader impact in the Twin Cities, she said. On a personal note, she has an adult child with significant disabilities. She is very aware of the support United Way has given to agencies promoting independence, both for seniors and people with disabilities.

Her community work includes serving on the boards of Arc Greater Twin Cities and as past board chair of the PACER Center. She has also been an executive committee member of Children’s Theatre Company and served on the Minnesota State Arts Board.

Caruso has a business background, too. She worked 13 years for General Mills and managed the company’s new business development in the Foodservice Division.

The council advises the Minnesota Senate, House and governor on early childhood policies and has developed a strategic plan, she said. She hopes to better align the state’s early childhood vision and United Way’s work. “Instead of having multiple initiatives, we can really begin to rally around a single set of priorities,” she said. 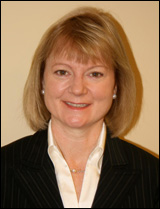 One example is Parent Aware, the quality rating system for early-care providers already tested in St. Paul. There is universal support to take the program statewide, Caruso said.

“What United Way specifically can do is lend its support to that work — to the importance of having a quality rating system,” she said.

Fundraising challenges
Given the economy, fundraising will be a high priority. “Ninety million is a huge amount of money that we raise every year,” she said. “That will take a lot of my time.”

Given that she hasn’t even started at the United Way yet, it’s too early to say whether she will come up with new revenue generators there. (I asked anyway.) “I don’t have any immediate or specific thoughts,” she said.

Some United Way agencies might have a nervous twinge, wondering whether the leadership change will affect grant procedures. Caruso didn’t anticipate any near-term changes to the United Way’s Agenda for Lasting Change. “My job is to keep things going in the positive direction that they are right now and build on that strength,” she said.

Caruso said her biggest challenge is helping the board and staff bring to life their long-range hopes and dreams. For instance, the board wants to positively affect education and human services policies, she said. “There is a lot of ambition there and we have to figure out what that means and how we can have an impact.”