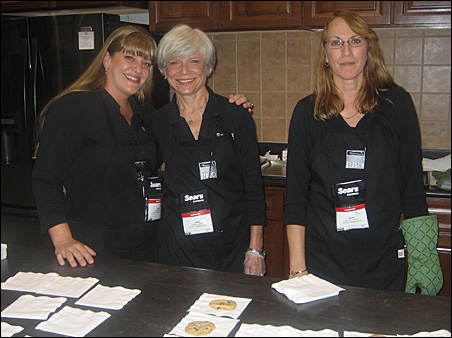 LAS VEGAS, Nev. — The scene at your average large trade show would be familiar to anyone who’s ever attended the Minnesota State Fair.

At the International Builders’ Show in Las Vegas last week — the largest annual gathering of the homebuilding industry — I saw pitchmen demonstrating products, people lugging around branded tchotchkes and barkers urging attendees to come inside the booths.

Like the yardstick that seemingly every Minnesota fairgoer carries, there was a popular giveaway that was everywhere at the builders’ show: a brightly flashing LED pin that advertised a mortgage company. (I brought one home for my daughter.)

There were plenty of “booth babes” on hand to entice the majority-male crowd, but for the most part, they were pert and wholesome.

Food is part of the scene, too — especially at the booths of the appliance makers, where display kitchens pumped out chicken wings and chocolate chip cookies.

But this year’s show also gave indications of how marketing is changing. In the past, the builders’ show tightly enforced restrictions on cameras. This year, that ban went by the boards — a smart move, since you can’t police a crowd of 50,000 people who all have cameras in their phones. 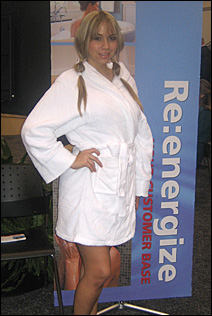 Twitter was visible at the show for the first time, with attendees sending out alerts on interesting products or important meetings. There were even a couple of tweetups.

We put these new methods to work for our client, a major Minnesota manufacturer. We tweeted, blogged, and shot photos and videos — all of which we put on the Web immediately, and all of which got a great response.

But as I was tweeting and blogging, it struck me that these new technologies can’t replace real human contact.

In my client’s booth at the show, I had dozens of conversations with builders, dealers architects and media members. I met people whom I previously knew only through e-mail, phone calls and blog posts.

I got to hear firsthand their thoughts on the industry, my clients’ products and its competitors’ products. It was valuable learning that will make me more effective as I go forward, and it gives us a lasting connection for any future contacts.

I also got a line on several areas where my agency might possibly turn up some new business. That likely wouldn’t have happened through e-mails and blog posts.

The new marketing tools are great, and they should be in the marketing toolbox of any smart company. But these old-fashioned get-togethers need to be in the mix, too. There’s nothing like shaking a person’s hand, looking them in the eye and having an exchange of ideas face to face.

Not to mention having enough giveaway pens to keep you going until next year’s show.