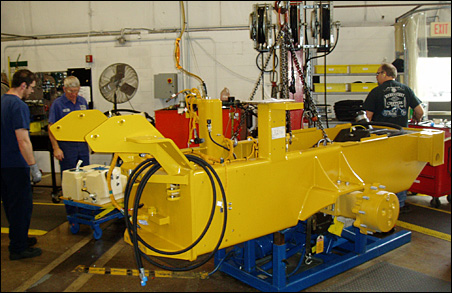 Minnesota construction companies pay an estimated $150 million in added costs and lose 77,000 days of worker productivity annually because of traffic congestion, according to a survey of construction firms released Thursday by an industry associat

Eighteen percent of Minnesota construction companies — the highest level among the states and twice the national average — report their costs are boosted 11 percent or more by traffic snarls.

Those conclusions were released by the Associated General Contractors of America (AGC) at a manufacturing plant in Brooklyn Park that makes Caterpillar road-paving equipment. With construction industry employment hard hit by the current recession, the industry association is kicking off a lobbying campaign to put transportation funding on the front burner in Washington.

“Traffic tie-ups nationwide are sapping productivity, delaying construction projects and raising costs for construction firms of all types,” said Stephen E. Sandherr, the association’s chief executive officer. “Given the hardships they are facing, the last thing contractors need is to burn time, fuel and money stuck in traffic.”

Sandherr chided Congress and the Obama administration for not moving forward on the federal transportation bill.

The nationwide survey of nearly 1,200 companies, conducted in late April and May, found traffic congestion and the delays it causes are costing the nation’s construction firms an estimated $23 billion in added expenses and 3.7 million days of lost productivity industry-wide each year.

The Minnesota plant, the only paving equipment plant Caterpillar operates in the United States, was chosen as the site for the press conference to spotlight the heavy cost impact on Gopher State contractors as well as recognizing recent Minnesota legislative on transportation funding bill, according to the AGC. The bill, which included an increase in the gasoline tax, passed in February 2008 over the veto of Gov. Tim Pawlenty. 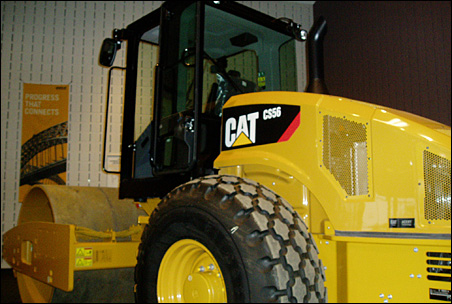 A study last year by the Texas Transportation Institute (TTI) at Texas A&M University estimated that congestion costs the Minnesota economy $1.1 billion a year in direct expense, twice the amount Minnesota receives in federal highway funds, according to John Schadl, spokesperson for 8th District Rep. James Oberstar, who chairs the House Committee on Transportation and Infrastructure.

Oberstar is the primary author of the Surface Transportation Authorization Act, which provides funding for road projects. Schadl said that the Obama administration is not eager to address additional funding for highway construction because of his pledge not to increase taxes for families earning less than $250,000.

“How do you get around that? It will take a good deal of time,” he added.

The highway trust fund, which relies on federal taxes on gasoline and diesel fuel, has seen its purchasing power erode 47 percent since 1993, the last time the gas tax was increased, Schadl said.

In addition, as the nation moves away from reliance on oil, new, more stable long-term funding sources will have to be found. “We need to have a steady, dedicated revenue stream so users pay for the roads,” he said.

While Oberstar’s office was not aware of the AGC press conference, Schadl, speaking from Washington, said, “We’re happy to see they’re lending their voice to the issue.”

James McReynolds, president of Caterpillar’s global paving division, said the Brooklyn Park plant currently employs 705 non-union workers running one shift of assemblers and two shifts of welders, down from a peak of 1,300 employees in 2006. The U.S. plant manufactures about 50 types of heavy-construction equipment vehicles used in road construction and repair.

Although the U.S. domestic market has been soft, the export market has kept the plant busy, McReynolds said.