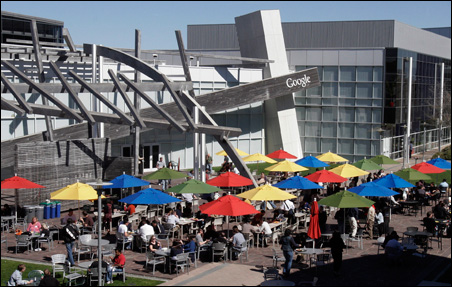 Google has a current market value of about $150 billion.

But barely a decade ago, Google’s founders offered to sell the young company to Excite, one of the leading Internet portals of the dot-com era, for $1 million. The CEO of Excite turned them down — thereby entering the pantheon of dumb business decisions alongside the Decca Records executive who declined to sign the Beatles.

During the same decade that saw the rise of Google, Craigslist helped kill off 70 percent of the newspaper industry’s revenue from classified ads — an exceptionally lucrative business for more than a century.

We’re living through a communications revolution the likes of which the world has never seen. It’s disrupting long-established business patterns and remaking the ways in which we engage with each other.

Some researchers, in fact, believe that the Internet is actually reshaping the way we think.

And we’re still just at the beginning of this revolution, which will continue to play out over our lifetimes and those of our children. As the examples above show, there’s no telling what tomorrow may bring. Any one of a hundred start-ups might turn out to be the next YouTube, Google or Facebook.

Right now, new applications and services are cropping up too fast to keep track. But most of them are probably doomed to obscurity. I often compare the Internet to the automobile, another invention that profoundly changed our society in ways large and small.

In the early days of the auto business — from roughly 1900 to 1930 — thousands of car companies sprung up, in places as diverse as Anderson, S.C., and Luverne, Minn. The automobile was the focus of immense entrepreneurial zeal.

But nearly all those companies eventually failed, and the business became the domain of a handful of Detroit-based manufacturers, with a few scattered outposts in places like Toledo, Ohio (Jeep), and Kenosha, Wis. (Nash, later American Motors).

Similarly, I often wonder if the key communication functions of our society will become concentrated in the hands of companies like Google, Disney, Verizon, Yahoo! and others. Right now, the leading Internet and communication companies seem to be almost unassailable, growing their market share and revenue even as other industries falter.

They’re on the verge of overturning our government’s historic support of net neutrality, which would dramatically enhance their power and wealth.

Still, if the Wild West of the Web has taught us anything, it’s that giants can rise from nowhere. Just ask the guy who thought Google wasn’t worth $1 million.

The changing media world — and a dumb business decision