For years, Wisconsin was a leader in the multi-state planning effort to develop a network of fast passenger trains fanning out from Chicago to the Twin Cities and other large Midwest urban centers.

Minnesota was barely at the table.

Suddenly, the roles have reversed. 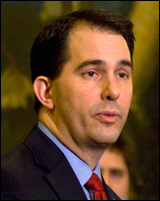 Uncertainty is swirling around Wisconsin’s role, thanks to the intention of the state’s governor-elect, Scott Walker, to reject an $810 million federal grant to build out service linking Milwaukee and Madison. That leg, which would tie into the existing Amtrak line connecting Milwaukee and Chicago, is a critical link in the proposed, higher-speed rail route from the Twin Cities to Chicago.

Walker has called the Milwaukee-Madison project a boondoogle.

Meetings, studies go on
Yet the planning continues for the Milwaukee-Twin Cities portion of the route. And now it’s Minnesota that is pushing ahead.

The Minnesota Department of Transportation has been designated as the lead planner in selecting the preferred route from the Milwaukee to St. Paul. MnDOT has a $600,000 federal grant, matched by money from the two states, to do this work.

The agency has been following through on plans to hold six open houses to update the public on its work. Four were held last week, at St. Paul’s Union Depot and in the Wisconsin cities of La Crosse, Eau Claire and Fond du Lac. The hearings are expected to wind up tonight in Madison, after a Monday night session in Rochester.

Another round of public meetings is likely early next year.

Chicago-based Quandel Consultants LLC is doing much of the current work for MnDOT. At the meeting in St. Paul, CEO Charles Quandel told the audience his firm evaluated 25 potential routes between the Milwaukee and the Twin Cities, has narrowed the list to 10 and is working to trim it to between three and five soon.

The 10 routes include Amtrak’s existing corridor, which does not go to Madison but instead cuts northwest to Portage and Tomah and then on to La Crosse, Winona, Red Wing and St. Paul. Two others also miss Madison, instead heading north from Milwaukee to Neenah and then generally west to Eau Claire/Chippewa Falls and St. Paul. The other seven go to Madison, including two that reach the Twin Cities via Rochester and Owatonna.

The Twin Cities-Chicago trains would operate six round-trips a day and clip roughly two hours from the time it takes Amtrak’s existing Empire Builder to make the journey. A new MnDOT study shows a favorable cost-benefit ratio for building the route.

Process taking years
The Midwest Regional Rail Initiative, an alliance of Amtrak and nine Midwest states that include Minnesota and Wisconsin, has been working off and on with the Federal Railroad Administration since 1996 to develop a 3,000-mile, 110-mile-an-hour hub-and-spoke passenger system centered in Chicago.

“These projects take years to do, as highway projects do,” he says.

So let’s just call this very long-range planning that is continuing no matter what Scott Walker says.