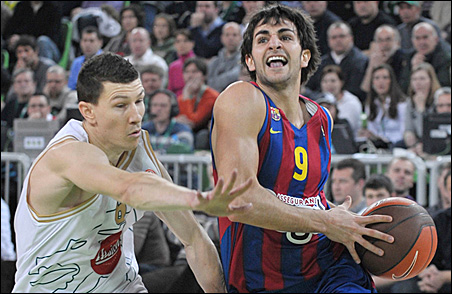 Minnesota has been home to many great athletes, but it’s hard to think of one who’s made it really big in the marketing world. Just to take a couple of current examples: Joe Mauer and Adrian Peterson are arguably among the finest in their sports, but neither has a particularly high profile on the national marketing scene.

That may change with the Timberwolves’ signing of 20-year-old Spanish point guard Ricky Rubio – but I hope it doesn’t.

Rubio has been a professional basketball player since he was 14, and ever since the Wolves drafted him two years ago, he’s been discussed as a player who can inject some life into the perennially downtrodden franchise.

According to local sportswriters and broadcasters, the NBA itself has maintained a particular interest in the Rubio situation throughout his extended signing holdout. That suggests to me that not only the team, but also the league, sees Rubio as a potentially valuable property.

He’s young, he’s flashy, he’s European – he’s the kind of player who could bring a new generation of fans to the game and add to the NBA’s growing global appeal.

I fully expect Rubio to be featured not only in the Wolves’ marketing efforts, but in the league’s. He’s likely to land some prominent endorsement deals in fairly short order. While Mauer – an MVP and three-time batting champ — pitches milk locally for Kemps, I suspect we’ll see Rubio pitching on a national or even international scale.

There’s just one problem with that scenario: Rubio doesn’t yet merit the attention. 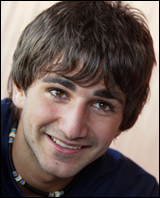 True, he’s played on a high level internationally and won a silver medal on Spain’s 2008 Olympic basketball team. But as a European pro, he’s typically scored fewer than 10 points a game and dished out about four assists – numbers that wouldn’t turn anyone’s head in the NBA, assuming he’s even able to duplicate them here.

As a fan, I’m willing to give Rubio time to mature and develop as a player. I hope he fulfills the potential that so many see for him.

But I also don’t want to be force-fed a diet of Ricky Rubio just because some advertising genius has decided that he’s the next big thing.

Rubio may achieve in the endorsement field what Minnesota greats like Harmon Killebrew, Alan Page and Rod Carew didn’t.

But let’s see if he at least approaches their accomplishments on the playing field first.