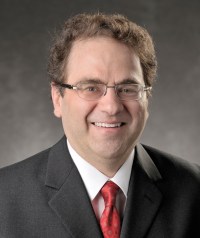 Narayana Kocherlakota describes himself as a “pro-transparency” kind of guy.

In the 28 months since he became president of the Federal Reserve Bank of Minneapolis, the affable former economics professor has given 39 speeches and issued 21 papers or policy statements, far outpacing his predecessor.

As he’s traveled around the sprawling Ninth District,which stretches from Montana and the Dakotas to the Upper Peninsula, he’s been  repeating a common theme: more openness.

He outlines in great detail how the once-secretive central bank sets monetary policy through the Federal Open Market Committee (FOMC) deliberations eight times a year. In his speeches, Kocherlakota describes both the mechanics and the collegiality of that formerly opaque process.

But last summer, he broke with that message.

Kocherlakota, as a rotational voting member of the FOMC, publicly dissented — along with two other members — from the Committee’s majority decision on interest rates. Three days after that dissenting vote, the Fed’s website posted a video that showed Kocherlakota explaining the reasons for his disagreement.

The two other dissenters — the Fed presidents from Philadelphia and Dallas — followed suit in subsequent weeks, explaining their votes in press interviews and speeches,.But it was Kocherlakota who was first out of the gate.

Kocherlakota ratcheted up his transparency quest Tuesday, holding his first official press briefing, an unscripted session where he took questions from a handful of area reporters for just under an hour.

While his views on the economy will make news whenever he speaks, what was interesting was the subtext for the briefing.

“My policy outlook is going to be shaped by my own personal outlook for the economy,” he said, explaining his reasons for meeting with reporters.

Kocherlakota sees inflation rising to 2.3 percent by 2013, with unemployment falling to 7.7 percent this year and 7 percent next year and economic growth (GDP) rising to 2.5 to 3 percent. (Go  here for his full outlook.)

The field of economics, at its heart, is about the present negotiating with the future by using a vocabulary learned in the past. So words are important.

Fed gets caught in election-year politics

Ever since the financial market meltdown and Great Recession, central banks everywhere are in the spotlight and under the gun. Calls to fire Chairman Ben Bernanke have become an applause line at Republican presidential debates. Candidate Ron Paul goes further declaring, “There is no greater threat to the security and prosperity of the United States today than the out-of-control, secretive Federal Reserve.”

While Kocherlakota is reluctant to comment on politics, he did say that “regardless of the political dialogue of the moment, it’s always good for the central bank to be transparent … Independence is not opaqueness. I think we can maintain and foster our independence by being transparent about our decisions.”

The slow-motion train wreck that appears to be unfolding in Europe has shifted attention for the moment to the deliberations of the European Central Bank and rioting in Athens. But the Fed remains the largest central bank in the largest economy in the world, an economy still struggling with high unemployment and anemic economic growth.

While a press conference might not seem unusual, Kocherlakota’s openness in a previous era might well have disqualified him as a regional Fed president.

Former Fed Chairman Alan Greenspan, who prided himself on obfuscatory remarks, issued this gem of a quote still held up as the perfect example of Fedspeak: “I know you think you understand what you thought I said but I’m not sure you realize that what you heard is not what I meant.”

The current chairman, Bernanke, came into his role in 2006 pledging greater openness. He started holding press conferences last year to publicly expand on the deliberations and decisions the FOMC uses to set monetary policy.

Kocherlakota noted that the FOMC in January “made a couple of important steps in terms of enhancing transparency.” First was a “clear and sharp” statement that the Fed inflation target is 2 percent. “I think it’s important for people to understand what that number is.”

The second was a variation on something Kocherlakota introduced last fall — what he termed a “mandate dashboard” that laid out the range of unemployment, inflation and interest rates expectations among fed policy makers. The current version Bernake released lays out 17 separate opinions of the Fed governors about what they view as “appropriate” interest rate targets controlled by the Fed.

“Monetary policy is both more effective and more accountable the more transparent you are about where you think it’s going to be going,” Kochelakota observed, describing the January release.

“I think that’s important at any time, but it’s especially important when your policy tools are as constrained as ours. Because interest rates are as low as they are, you can’t really make them go any lower. So a key question for financial market participants is how long you are planning to keep them as low as they are,” he said.

And here is where recent Fed actions still give him trouble.

The heart of Kocherlakota’s dissent last August centered on the FOMC decision to signal that interest rates would remain low at least through 2013. Kocherlakota and fellow dissenters preferred to signal that rates would likely remain low “for an extended period,” but he didn’t want to tie the central bank to a specific date range. The most recent FOMC move (Kocherlakota is no longer a voting member) pushed that low interest rate horizon out another year, through 2014.

“When you offer that kind of statement in your formal projections, you’re making it more difficult to change that policy in the future,” he observed.

And when Kocherlakota looks at where he thinks inflation is likely to go, he sees it rising to 2.3 percent next year, above the Fed’s “clear and sharp” target rate of 2 percent. If that projection holds true, Kocherlakota thinks the Fed’s messages about holding interest rates low will tie the FOMC’s hands, making it more difficult to stem inflation.

The cost of that creeping inflation is not measured in economic terms, in Kocherlakota’s thinking, but more measured in “a lack of trust” by the markets that the Fed is committed to holding inflation to 2 percent. And that, he worries, can become a self-fulfilling prophecy.