In the days before the Internet, it was a bad day at our house when we didn’t get at least a couple of magazines in the mail.

My wife and I would divvy up the haul and plop down for an evening’s read. The fare ranged from the Economist to Sports Illustrated, from the New Republic to Entertainment Weekly.

Now, we come home and open up our laptops. The other day, I counted up the magazines we don’t get any more. I got up to 40 without even trying very hard. We’re down to about eight or 10 that actually arrive regularly in our mailbox.

Despite that, I’m reasonably bullish on the future of magazines. In today’s media world, they offer a unique experience. They invite relaxation and settling in. They don’t demand to be consumed immediately and in total; you can pick them up and put them down several times. They have a tactile element that feeds another sense. They add character to a coffee table.

The magazine industry agrees with me. According to various industry sources, magazine readership is up about 13 percent over the last 10 years, even though circulation has declined about 10 percent.

Magazine ad revenue is up about 24 percent over the last decade. That’s somewhat deceptive, because it’s actually dipped from its peak in 2007, before the Great Recession hit. But magazine ad revenue has begun to recover its losses, unlike newspapers — which have lost more than half of their ad dollars in the last five years, and have posted nothing but uninterrupted quarterly declines in that time.

One surprise hit in the magazine world is Game Informer, which originates in the North Loop neighborhood of downtown Minneapolis. Like the industry it covers, Game Informer has grown like crazy. It’s now the fifth-largest magazine, up there with long-established heavyweights like Ladies’ Home Journal and Reader’s Digest.

Some magazine niches will do better than others. The struggles of the weekly news magazines have been well-chronicled; they’ve all been reinvented and redesigned several times in recent years, and their future is cloudy. 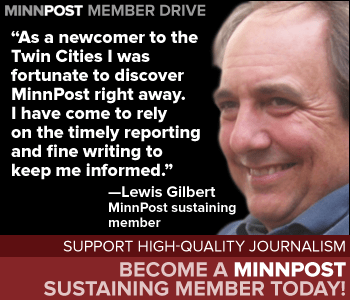 My wife, in fact, is editor-in-chief of another Minneapolis-based magazine: American Craft, which moved here from New York a couple years ago and publishes content aimed at makers, sellers and collectors of fine artisan craftwork. It, too, appears to be thriving.

The explosion of tablet readers is just getting under way, and that has the potential to change the dynamics of the magazine business yet again. But that’s an entirely different topic that I’m not going to tackle here.

We may not get as many magazines at our house as we once did, but we still enjoy and value those that we do receive, and I don’t see us ever giving them up entirely. And I think a lot of other Americans feel that way. Magazines that provide interesting, absorbing content, attractively packaged, should stand a good chance of surviving the ongoing upheaval in the modern media world.