In a hyper-partisan election year, it was stunning to watch Democratic U.S. Sen. Amy Klobuchar beaming on Friday as she stood alongside Republican U.S. Sen. John Hoeven in North Dakota oil country.

Hoeven took his neighboring senator on a tour of an oil rig north of Williston, N.D., just a month before Minnesota Republicans are set to endorse an opponent for Klobuchar.

Hoeven served as North Dakota’s GOP governor for 10 years before his Senate election in 2010, but he appears happy to cooperate with Klobuchar even though Republican Party leaders are focused on gaining control of the U.S. Senate.

Klobuchar and Hoeven donned matching white hard hats and navy jumpsuits to get an up close look at North Dakota’s oil boom and to highlight their Domestic Fuels Act.

“It is great to see the work North Dakota is doing to promote the production of domestic fuels,” Klobuchar said in a statement. “Now is the time for us to increase domestic production of energy and focus on the homegrown energy solutions.”

She argued that this strategy would give consumers price relief at the gas pump, strengthen the U.S. economy and decrease the nation’s dependence on foreign oil.

The bipartisan duo granted access to print and TV reporters during their visit. They each issued news releases about the oil patch tour, and comments from Klobuchar and Hoeven appeared in each other’s news releases.

The event was a picture-perfect exercise in bipartisanship. Many Americans have said they want to see more cooperation in Washington with an emphasis on solving problems instead of producing paralysis courtesy of partisan gridlock.

The Klobuchar-Hoeven relationship in the U.S. Senate evokes memories of an era when senators from the Democratic and Republican parties worked together to tackle some of the nation’s toughest challenges.

Klobuchar and Hoeven also have some common backgrounds that make it easy to see why they get along on a personal level. In a chamber in which Utah Sen. Orrin Hatch is running for reelection at age 78, Klobuchar and Hoeven are members of the younger Senate cohort. Klobuchar is 51 and Hoeven is 55. They are both Ivy League graduates. Klobuchar is a product of Yale and Hoeven got his undergraduate degree from Dartmouth. Both of their fathers were well-known in their respective states. Jim Klobuchar became a household name as a newspaper columnist. Jack Hoeven built his reputation as a banker, Republican party activist and president of North Dakota’s State Board of Higher Education.

If you look at Hoeven’s photo gallery on his Senate website, you’ll see photos of Klobuchar. There’s one from early 2011 when they are touring flood-fighting sites in the Fargo-Moorhead area. There’s another photo in which Klobuchar is serving Hoeven her “taconite tator tot hotdish” after the North Dakota State University Bison football team beat the Golden Gophers 37 to 24 at TCF Bank Stadium. 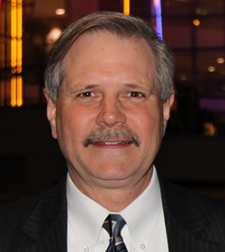 It’s unlikely that Hoeven will be among the first people to hold a fundraiser for Klobuchar’s challenger. That’s because he has a working relationship with Klobuchar and he knows that none of the GOP’s heavyweights have stepped up to run against Klobuchar. If Bills becomes the Republican candidate, he has almost no name identification outside of his legislative district. Prominent Republicans, such as former Sen. Norm Coleman and two-term Gov. Tim Pawlenty, have chosen to stay on the sidelines and not run against Klobuchar.

A former Hennepin County attorney, Klobuchar has a knack for knowing what issues Minnesotans care about and where a majority of them stands on an issue. On the topic of high gas prices, she hasn’t uttered Sarah Palin’s “Drill, baby, drill” line. But, in essence, that’s what she and Hoeven were saying during their oil patch tour in North Dakota. But Klobuchar also has joined with liberals in the Senate, including Minnesota Sen. Al Franken, to sponsor legislation to crack down on oil speculators.

In the pivotal 2012 election, it’s possible that voters will send more senators to Washington who are more concerned with results than party labels. No doubt Hoeven will receive criticism from some GOP party activists for closely working with Klobuchar months before she’s on the ballot. But Hoeven’s bipartisan approach is focused on governing, which is what the average voter expects when casting a ballot.

During a recent broadcast of “Morning Joe,” Republican U.S. Sen. Scott Brown talked about how he can get elected in a Democratic-leaning state such as Massachusetts. He’s an independent thinker who is trying to get something accomplished. Brown said, “We need problem solvers, we don’t need rock throwers.”