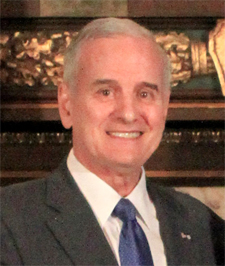 Every year, a handful of controversial bills dominate attention at the Legislature. Abortion, bonding and the Vikings stadium are among the issues that have sucked up the policy oxygen and gotten the bulk of media coverage this session.

But each year, other bills quietly make their way into law – the product not of high-powered lobbying campaigns, but of hard work by citizens and legislators intent on improving public policy.

One such bill was signed by Gov. Mark Dayton and takes effect Aug. 1. It addresses an area of law that predates Minnesota’s constitution – yet which in more than 150 years had developed into a maze of unwritten rules that weren’t always clear even to its most experienced practitioners.

The topic: receivership, a process akin to bankruptcy in which a court takes control of an asset and appoints a guardian – a receiver – to manage the asset and ensure it’s not wasted.

Before you start yawning, consider that receivers have been at the heart of many of the high-profile fraud cases in the news recently, in Minnesota and elsewhere. Receivers have been appointed in the cases involving Bernie Madoff, Tom Petters and Trevor Cook.

Receivers are also increasingly being brought into real estate foreclosure cases to manage the foreclosed properties. Each year in Minnesota, receivers are appointed in thousands of cases. Yet although Minnesota law contains 299 separate references to the appointment of receivers, there’s not a single mention of how receivers should operate, how they should be held accountable for the assets under their control and how they should report to the court on the assets with which they are entrusted.

“The world has gotten so much more complicated, and there is so much in these receiverships,” said Jim Baillie, a senior partner with the Minneapolis law firm Fredrikson & Byron who led a two-year effort that developed the receiver bill.

“There are few rules on receiverships, and what we found when we dug into them was that nobody is following them,” Baillie said. “Either people didn’t know about them, or they were antiquated. For example, there was a rule stating that the receiver must keep a written receipt for every expenditure over $1. Yet there was no rule on who could actually be a receiver.”

The effort was set in motion by Jim Bartholomew, an accountant with Lighthouse Management Group who’s one of the Twin Cities’ busiest receivers. He and Baillie rounded up a group of about 15 lawyers from seven or eight firms that met more than 20 times and spent countless pro-bono hours drafting a bill to take to the Legislature. Rep. Joe Hoppe (R-Chaska) and Rep. Steve Simon (DFL- St. Louis Park) sponsored the bill, which made its way through both houses without controversy.

Ned Wahl, a partner at Faegre Baker Daniels in Minneapolis and a member of the drafting committee, said the experience was a refreshing exercise in civic duty.

“Normally in a situation like this a lawyer would be working for a client, lobbying and trying to get a law that was the best for the client,” Wahl said. “In this case, we tried to be neutral – to write a clear and fair law.”

Baillie said the new receiver law will make the process more transparent and easier to understand for everyone involved – not only the public, but also lawyers and even judges.

“In the old system, there might be rights or opportunities that could be missed if one lawyer knew the unwritten rules and the other didn’t,” Baillie said. “And often times the judge wouldn’t know, either. Now the playing field will be more level for everyone, and people’s rights will be better protected.”

Not all laws come from high-powered lobbying campaigns