Best Buy Chairman Richard Schulze was invited to speak at the University of St. Thomas in February on “how to build an ethical culture in an entrepreneurial company.”

We learned this week that Schulze stumbled badly when he tried to clean up a mess at the highest echelon of Best Buy, the electronics giant he founded.

An investigation conducted for the Best Buy board revealed that Schulze failed to inform fellow board members in December after he was notified about personal misconduct allegations made against then-CEO Brian Dunn.

The stain of Dunn’s recklessness rubbed off on Schulze. The chairman may have engaged in misplaced loyalty by remaining silent after Dunn denied that he was involved in an inappropriate relationship with a Best Buy female employee in her 20s.

In a Monday statement,  Schulze said that in December “I confronted him with the allegations [which he denied], told him his conduct was totally unacceptable and contrary to Best Buy’s policies and everything I, and the Company, stand for.”

But Schulze also stated that he accepted the findings of the Best Buy Audit Committee of the Board of Directors. A new chairman was elected Saturday and Schulze will step down from the powerful chairman’s position after the annual meeting ends on June 21.

The University of St. Thomas, where business majors abound, could be the perfect venue for learning business ethics and corporate governance lessons from the sorry saga that has unfolded at Best Buy.

The Schulze brand is strong at St. Thomas. In 2000, Schulze and his late first wife donated $50 million to the university. Schulze Hall is a prominent building on the university’s Minneapolis campus, and Schulze has served as a St. Thomas trustee since 1995.

The Schulze School of Entrepreneurship  is part of the business college, and St. Thomas publicly states the values of a St. Thomas entrepreneur on its Web site.

Included among the values are pledges to “learn from mistakes” and “respect the dignity of all workers.” 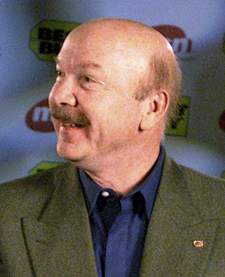 Students will be more likely to understand some of the corporate land mines that await them in the business world if they scrutinize all of Dunn’s mistakes as well as Schulze’s failure to report the high-level conduct problem.

The Best Buy case will have a much more profound impact on students than other case studies because the company is based in the Twin Cities and Schulze has been a highly successful businessman and St. Thomas benefactor.

Business undergraduate and MBA students at St. Thomas should study what went awry at Best Buy.

The rapid unraveling of Dunn’s tenure as CEO demonstrates that no chief executive is all powerful and there cannot be two codes of business ethics in a workplace.

The public report  of Best Buy’s Audit Committee revealed that Dunn, 51, “violated Company policy by engaging in an extremely close personal relationship with a female employee that negatively impacted the work environment.”

The investigation found that Dunn’s behavior damaged employee morale, created distractions in the workplace and that “some employees said that they felt that the [company’s] rules appeared to apply to every employee except the CEO.”

The case study also shows that the job of a CEO can be severed in an instant if the chief executive decides to go through a mid-life crisis on company time. During nine days of foreign trips in 2011, the investigation found that Dunn “contacted the female employee by cell phone at least 224 times, including 33 phone calls, 149 text messages, and 42 picture or video messages.”

If Dunn had channeled that type of energy into revamping the company’s business model, perhaps Best Buy would be in a stronger competitive position today.

When Schulze didn’t speak up in December about the allegations against the CEO, he may have been thinking about giving Dunn a chance to remedy the situation.

Schulze had received a written statement from a company executive that detailed the allegations against Dunn, and that statement was signed by a Best Buy employee who thought it was important to raise the concerns. The Audit Committee concluded that Schulze exercised poor judgment by showing the statement to Dunn and “exposed the employees to potential retaliation and exposed the Company to potential liability for such retaliation.”

There are other lessons to be learned about how a general counsel, key human resources manager and other executives should handle cases of potential misconduct.

Schulze has committed millions of dollars to help educate the business leaders of tomorrow at St. Thomas. While Schulze has been bruised by the Audit Committee’s report and the loss of his chairmanship, he should welcome discussions about this unfortunate chapter in Best Buy’s history.

To avoid repeating the mistakes that occurred at Best Buy, St. Thomas faculty and students should use the safety of their classrooms to dissect every aspect of this disturbing case.