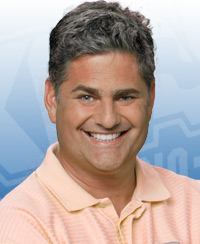 Sports has always been a big seller for the media. Leave out national and international events like the Super Bowl and the Olympics, and sports still figures prominently in the finances of local media outlets.

A successful season by local teams, especially a playoff run, sells newspapers and drives up TV and radio ratings. In the new media era we’re living in, sports are an avenue that holds the promise of additional dollars for in-depth coverage – witness the Star Tribune’s pay service, “Vikings Premium.”

That’s why it’s a bit puzzling that local broadcast outlets haven’t moved more aggressively to capitalize on sports coverage. The local TV stations mostly fill the sports sections of their websites with text versions of their broadcast sports stories, along with video clips.

Even the two all-sports radio stations – KFAN and 1500ESPN – fail to maximize online the established personalities that so ably fill their airwaves with compelling content throughout the day. Their websites are mostly a collection of news-of-the-weird stories and videos, photo galleries of young hotties and podcasts of previously aired broadcast programming.

A notable exception is the KFAN show page of Paul Allen, radio voice of the Vikings. “P.A.” blogs frequently and really shares himself with the audience. His musings are frank and often emotional. He’s building on the deep connection established with fans who have listened to him for countless hours over the years.

That’s a model that other broadcast outlets and personalities would do well to emulate. The Twin Cities are blessed with a great roster of sports broadcast talent, most of them familiar fixtures for years. They’ve already got a natural following on the air; it wouldn’t be difficult to bring that following into the online world with original commentary and content for the Web.

I’m watching with interest an experiment along these lines by the Fox TV affiliate in Louisville, Ky. Last month, WDRB hired away two longtime sports columnists from the local newspaper, the Louisville Courier-Journal. The station touted the hires of Rick Bozich and Eric Crawford as a step in establishing itself as the leader in news, weather and sports information in its market.

Crawford and Bozich had combined for more than 50 years at the newspaper. Their hire is the equivalent of Dan Barreiro and Patrick Reusse jumping ship to Fox 9 here. But Barreiro and Reusse already jumped long ago – to radio, Barreiro to KFAN and Reusse to 1500ESPN. That’s been the route in this market, with Strib sportswriter Judd Zulgad also landing at 1500ESPN along with Pioneer Press scribe Joe Soucheray.

Those guys are great on the radio. I’m on record as saying that Barreiro is the best radio talk-show host in the market, sports or otherwise. But none of these former sportswriters is turning out a lot of content for their stations beyond their broadcast talk. And none of the local TV stations has attempted to take their multimedia sports content to the next level.No doubt the broadcast outlets have been looking at ways to further monetize their sports coverage.  Whichever station – radio or TV – can find a way to take things to the next level will get a foothold in the shifting media landscape.