After tragedy, the human mind searches for explanations. What prompted the mass shootings at a Minneapolis workplace on Thursday? Was it an extreme expression of the stress so many workers have felt in the wake of the Great Recession? Was it trouble at home that carried into the office? Drugs or alcohol? Or was it due to a deranged individual with unique problems?

We don’t, of course, know the true explanation for the explosion of violence shortly after 4:30 p.m. at Accent Signage Systems Inc., a sign-making business in Minneapolis’ Bryn Mawr neighborhood. All the public knows at this point is that a gunman killed four people inside the business, wounded several others and then turned the weapon on himself. The dead included the Accent Signage owner and a driver for United Parcel Service.

Unfortunately, we also know that workplace violence is all too common in America.

Some 2 million American workers fall victim each year to violence on the job, ranging from threats to physical assaults to homicide, according to the Occupational Safety and Health Administration. In fact, such violence is one of the leading causes of job-related deaths.

“No one is immune,” OSHA says in its report.

But some workers face more risk than the rest of us: taxi drivers, visiting nurses, psychiatric evaluators, bartenders, probation officers, phone and cable TV installers, letter carriers and those who exchange money with the public. Obviously, police officers, security guards and others who work alone or in small groups late at night are on the list, too.

None of those factors seem to explain the Minneapolis shootings. According to news accounts, the shooter apparently had lost a job at the sign-making company. And so this case brings to mind the workplace killings that gave rise to the grisly phrase “going postal.”

It goes back to Aug. 20, 1986, when a part-time letter carrier named Patrick H. Sherrill faced possible firing due to his troubled work history. He walked into the Edmond, Okla., post office where he worked and shot 14 people to death before killing himself.

Though the most deadly, the Edmond tragedy was not the first episode of its kind, the FBI noted in a report on dealing with workplace violence.

In just the previous three years, four postal employees had been killed by present or former coworkers in separate shootings in Johnston, S.C.; Anniston, Ala.;  and Atlanta.

Those killings prompted employers and employees alike to watch for signs that someone at work was losing control. Unfortunately, though, no profile or litmus test exists to indicate whether an employee might become violent, said the report by the FBI’s National Center for the Analysis of Violent Crime.

“Instead, it is important for employers and employees alike to remain alert to problematic behavior that, in combination, could point to possible violence,” the report said. “No one behavior in and of itself suggests a greater potential for violence, but all must be looked at in totality.”

Still, there are risk factors associated with potential violence. They include personality conflicts(between coworkers or between a worker and supervisor); a mishandled termination or other disciplinary action; bringing weapons onto a work site; drug or alcohol use on the job; or a grudge over a real or imagined grievance.

Risks can also stem from an employee’s personal circumstances — breakup of a marriage or romantic relationship; other family conflicts; financial or legal problems; or emotional disturbance.

While it is very tricky to predict whether and when an individual will resort to violence, the public awareness following the rash of postal killings in the 1980s apparently made a difference.

The U.S. Bureau of Justice Statistics reported last year that workplace violence dropped dramatically between 1993 and 2009, even faster than rates of violence in other venues. At the nation’s workplaces, the level of non-fatal violent incidents had dropped by a quarter during that period, and the number of homicides decreased by 51 percent. 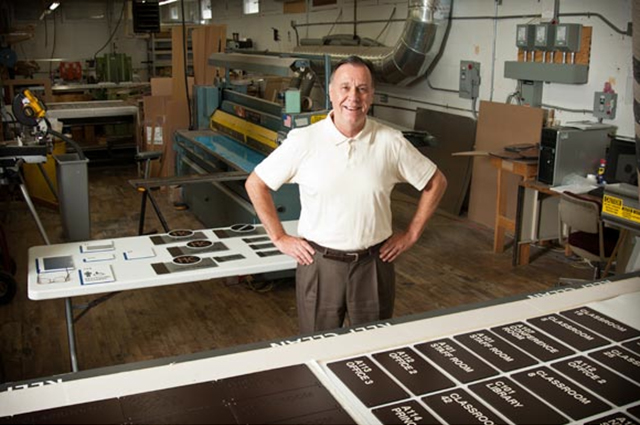 Still, 521 Americans were killed at work in 2009, and more than 572,000 others were victims of rape, robbery, assault and other violence.

Keep this sobering fact in mind at the same time you agree with me that there is too much violence at our offices, factories, shops, hospitals and restaurants: In this country, we are safer at work than elsewhere.