The proposed Southwest light rail line isn’t a sure thing. Even if it does survive continuing political opposition (and I pray it does), the line won’t be operating until at least 2018.

But developers already are betting on a future that includes light rail transit, and St. Louis Park is reaping the benefits.

A former industrial area in the city is breathing new life, with more than 700 units of market-rate and upscale rental housing and more than 50,000 square feet of commercial space completed since 2004. The latest project, a senior living complex called TowerLight, held its grand opening over the weekend.

Most of the development is taking place near the intersection of Wooddale Avenue and West 36th Street in the city’s Elmwood neighborhood. The proposed Southwest LRT line would run just a couple of blocks away, roughly paralleling Highway 7.

The ongoing development is the fulfillment of a plan that was put together about 10 years ago by the Metropolitan Council, Hennepin County, the city and Elmwood neighborhood residents. It called for a transit-oriented, mixed-use, walkable community.

Locke, who’s seen more than a few such plans fail to bloom, said it’s gratifying to be involved with one that’s actually taking shape — and rather quickly, as these things go.

TowerLight, which offers a range of assisted-living services, features a noteworthy piece of public art that could become a neighborhood landmark.

“The Dream Elevator,” by Minneapolis sculptor Randy Walker, is a 45-foot-tall installation inspired by the nearby Peavey-Haglin grain elevator. Completed in 1900 and believed to be the world’s first cylindrical concrete grain elevator, it’s better known today for the Nordic Ware logo painted on its side. 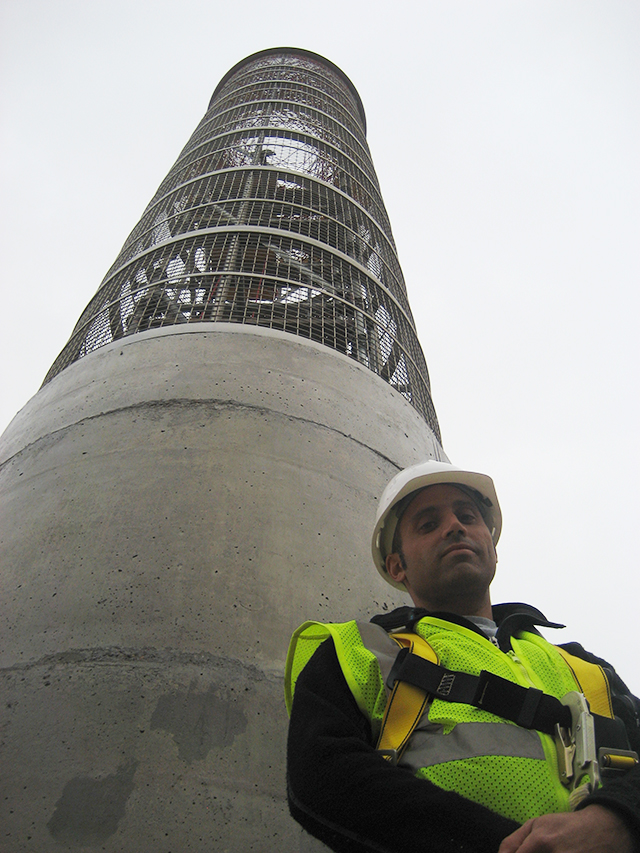 Walker calls his creation “a focal point – a beacon.” Set atop a concrete base is a cylindrical, stainless steel tower woven through with four colors of custom-made polyester rope. “Dream Elevator” will be lit at night.

I hope someday it will greet local residents on their short walk home from the light-rail station.