Editor’s note: Five More Questions is an occasional series by Brian Lambert that follows up on people and events in the news.

On July 2 Forbes magazine’s Janet Novack broke the story of the Pohlad family’s dispute with the IRS over valuation of the late Carl Pohlad’s estate.

“But by the end of 2008, it appears, Pohlad had transferred almost everything but his [Minnesota] Twins stake to heirs and had done so at a comparatively small tax cost, considering that the gift tax rate while he was transferring wealth never got below 45%. During the estate tax audit, the IRS asserted Pohlad and his heirs had dramatically undervalued the gifts he made during his life. In 2008 alone, auditors concluded, Pohlad made $446 million in taxable gifts instead of the $129 million his estate reported.”

Recently the Star Tribune ran two stories on the matter — one by reporter David Phelps and a column by business writer Lee Schafer.

Following that, after being passed off a half-dozen times by local law school professors and estate tax experts, I was able to talk with Donna Byrne,  a law professor with a specialty in estate tax issues at William Mitchell College of Law.

She took on the challenge of explaining what is a deeply arcane realm for the average reader/taxpayer, without, it must be noted, being able to read the actual petition, which is filed in the D.C. Tax Court.

As Novack wrote in her Forbes story:

“The heavily redacted public filings don’t describe all the wealth transfer techniques Pohlad used. But it does show how extensively he used family limited partnerships and other entities to split up ownership and control of assets and therefore reduce what an unrelated buyer would theoretically pay for them on a given date — the artificial legal standard used to value an asset for estate and gift tax purposes.”

So, we posed these five questions to Byrne:

1. To set the picture, as simply as possible explain what the Pohlad estate was trying to do when it made all these transfers.

The goal obviously is to pay the smallest amount of tax.

From what I can understand, the Pohlads created what is called a Family Limited Partnership, or something very similar to it, which is an entity you create that can own property — with the father in this case, Carl, owning the majority share and being the general partner. He then transfers ownership of the team to this entity, so he doesn’t own it directly anymore … 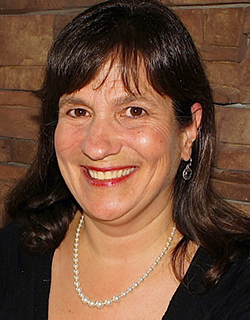 So what happens is the team is worth — well, let’s just say $100 million [Forbes assesses the current value of the Twins at $573 million] — but minority interest of say 1 percent or 15 percent  in this partnership has far less value because it can’t be sold. A partner can not get 1 percent, a million dollars, or 15 percent, $15 million, out of the partnership. It has no liquid cash value.

Therefore, under IRS rules, it is valued less and taxed less. The question is, “What would you pay for this 1 percent or 15 percent interest in a partnership where you can’t liquidate that interest?” The answer is “much less.” Therefore the IRS accepts a “Minority Discount.”

In this case, where the three sons are apparently the other partners, you can transfer quite a bit to them because, for tax purposes, each piece that they get is worth less than a pro rata part of the underlying team.

3. And the IRS accepts this because the partners, the three Pohlad sons in this case, have no control over their interests in this family partnership?

DB:  This is respected. It’s been tested in courts. The “Minority Discount” reflects the fact you can’t get any payments out of the partnership. There’s also a “lack of marketability discount,” because often, especially in family partnerships, you can’t sell your share without the agreement of the other partners. The family doesn’t want outsiders in their business. So all these discounts are recognized as legitimate by the IRS, and those discounts, if you set these things up right, can really be significant — 25 prcent to 35 percent of “market value” is not at all unusual.

4. The dispute here then is over control, as in who was the primary partner, which we assume was Carl the father, but we don’t know, and also the timing of the valuation?

DB: Yes. One issue is “What was the value of the gifts at the time they were made?” And that appears to have already been settled. It’d be nice to see the petition and know what’s really going on. But it appears they’ve settled that part.

So now the part in question is “What is the value of the remainder of the estate transferred at the time of Carl Pohlad’s death in 2009”?

If a significant portion of the assets, the baseball team, had been transferred to the sons prior to Carl’s death, then his share, for estate purposes, could be quite small. The increased value of the team after it moves into the new stadium is neither here nor there. All that matters is the value in 2009.

And with an asset steadily accruing value, like a team, there are planning techniques to move growth outside of the estate prior to the passing of a key figure, thereby minimizing tax consequences.

And, of course, valuation is an art. There are experts on how to handle such things.

5. And on the matter of “control”, Carl was 93 when he died, and it is generally assumed that sons Jim and Bob were handling the day-to-day affairs of the team.

DB: Well, I don��t know how it was set up. But one technique is to make all these transfers out of my estate to the kids, but yet control everything until I die. Essentially, “I get all the income and I call all the shots, but the title is yours as soon as I die.”

There’s a provision of the Internal Revenue code that says if you made a transfer as a gift and you retained the right to control the property during your lifetime, [the IRS] includes the whole value of that property in the estate at the time of death. That might be what [the IRS] is saying.

Put another way, the IRS might be saying: “Yeah, you transfered some title to the sons, but you kept all the strings attached. You were the general partner, or actually the owner of the corporation that is the general partner, so you retained possession for life which means we’re putting the full value back into the estate.”

Also, the Tax Court has been known to ask for an explanation of the sound business rationale for making such transfers, as opposed to doing all this just to minimize tax.

But my guess is that this is about valuation and/or retained life interest [control]. I can’t imagine what other interests would be involved here that would account for this much difference.