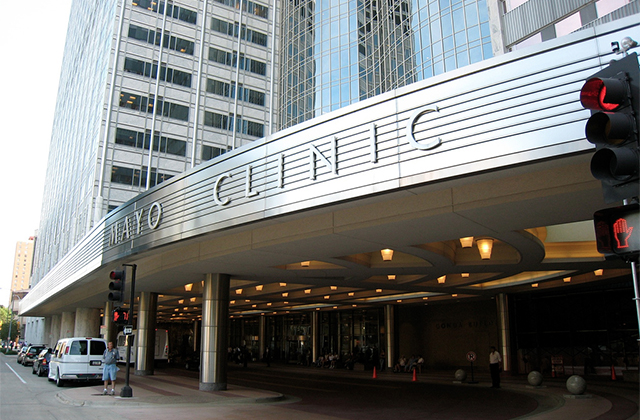 Creative Commons/Alan LevineBoth Mayo and Rochester will become increasingly dependent upon those neighboring communities to provide good places for people to live and educate children.

Rochester city officials will start sharing some of the city’s sales tax proceeds this month with 17 neighboring communities.

Over the next two years, it’s expected that the small towns will get $5 million from Rochester, which is an employment and retail hub for the southeastern Minnesota region.

This revenue-sharing model demonstrates that Rochester leaders recognize the major role that small-town residents play as workers and consumers in Rochester.

As the Mayo Clinic expands in coming years, both Mayo and Rochester will become increasingly dependent upon those neighboring communities to provide good places for people to live and educate children.

The extra money that flows from Rochester will allow the small cities to make public investments to bolster their residential and commercial districts.

The Rochester example spotlights the importance of regional cooperation among small and large cities outside of the Twin Cities metropolitan area.

In a recent study commissioned by the Blandin Foundation, nearly three in five rural Minnesota residents “feel that there are inadequate living-wage job opportunities in their community.”

In addition, the 2013 Rural Pulse results showed “nearly one in three rural Minnesotans feel their community lacks the ability to maintain and grow existing businesses.”

These same rural residents expressed optimism about the future. The survey reported that “nearly seven in 10 rural Minnesotans feel quality of life will improve over the next five years.”

For this study, rural Minnesotans were defined as people who live outside the Twin Cities seven-county metro area in towns of 35,000 or fewer residents.

While many rural residents have intense loyalties to the communities in which they live, they also are citizens of a region. Many Minnesotans who live in rural towns earn their livelihoods in regional centers. So their life choices are made from both rural and regional perspectives.

Cities such as Mankato, St.Cloud and Duluth are not only magnets for business, but they also house colleges and universities and major cultural institutions.

The health of small, rural communities is partly affected by their proximity to regional centers. If a town is 10 miles from a regional center, it can offer a small-town lifestyle with a range of jobs and amenities a short drive away.

In particular, Minnesota’s state universities and community colleges play vital roles in educating students on a regional basis and in serving the training needs of regional employers.

The Regional Development Commissions have undertaken planning roles in the state for decades. The Minnesota Initiative Foundations, created by the McKnight Foundation, have deployed philanthropic resources on a regional basis since the 1980s.

But many leaders across Minnesota don’t place a high premium on regional perspectives. In the competition for public resources and the development of economic bases, leaders often operate within the context of their community boundaries or within those of legislative or congressional districts.

In the metro area, the founding of Greater MSP is a huge step toward defining the Twin Cities as a region in which communities and companies benefit from vitality across a multi-county area.

Rural communities lost representation in the Minnesota Legislature with the last redistricting and the Blandin survey showed many rural Minnesotans think their voices aren’t being heard by some policymakers.

Rural residents could strengthen their voices, economies and political clout by deepening their relationships with their regional neighbors. Those expanded partnerships will unfold when the rural and regional leaders clearly identify their mutual interests as they’ve done in the Rochester area.