MULALA VILLAGE, Tanzania — Women in sub-Saharan Africa have the highest labor force participation in the world, the vast majority of it working on farms. Yet, by almost every account, their productivity is low.

You wouldn’t know that worrisome reality by visiting Anna Pallangyo and her neighbors on the slopes of Mt. Meru.

Cow by cow and goat by goat, these women have built a small-scale dairy industry, with support from the International Development arm of Shoreview-based Land O’ Lakes Inc.

Wielding a machete to chop crop fodder for her herd, Pallangyo explained the slow cultural transformation that has made her an entrepreneur — known to tourists as Mama Anna, the cheese maker.

Traditionally, women in this part of Tanzania had limited rights to a family’s livestock, she explained. Men owned the animals, and they had first rights to sell the milk collected each morning. If women could squeeze more milk from the animals in the evening, that would go to feed the family. Only the leftovers — if there were any — were for the women to sell.

The upshot was that the women had very little income of their own and no real power over practices in the dairy farming that has been a tradition for generations in this northern region of Tanzania.

It would be reasonable to conclude that they also had no real incentive to improve the output from their farms which typically consist of two acres or less of land.

Not these women, though. They started pushing back in the 1980s for more authority to leverage their labor into more food and more income for their families. In 1999, they started working with Land O’Lakes which had just arrived in Tanzania, bringing technical know-how from dairy farms in America’s Midwest and financial backing from the U.S. Agency for International Development.

One strategy that came from the very roots of the Minnesota-based dairy cooperative was to band the women together in order to connect with processors, commercial buyers and consumers. As a group, they could establish collection points where milk could be kept fresh until it went to market. They could consult veterinarians, feed specialists and other experts. Eventually, they even could process their own milk.

This program doesn’t stand alone in Africa, by any means. African governments and a wide range of aid organizations also are working to empower women farmers.

Jon Halverson wasn’t with Land O’Lakes at the time of this program’s inception. But he was deeply involved in global agriculture and development, having worked many years for Cargill Inc. and then for the U.S. African Development Foundation. Now he heads the international development division at Land O’Lakes.

Why the big thrust to boost women in agriculture, I asked him.

“Women are strategic because by and large they manage money well and they support one another, which is important in an African context,” he said. “They are industrious, innovative — and, they deserve an equal opportunity to succeed.”

There are many reasons why women farmers were structurally sidelined over the generations. Sometimes it was due to political power which rested largely with men. Sometimes their lowly status was based on tribal tradition, which could be innocent and destructive at the same time.

Deep-seated prejudice doesn’t just go away. How could these women in Mulala village and others in clusters across Africa elevate their power and status?

“It takes a lot of sensitivity,” Halverson said. “You are not going to do that overnight.”

One powerful driver of change in poor families is extra income.

“A little bit of incremental income for women can be very transformational for the women, the family and the community,” he said. “African husbands will respect their wives more when they bring in that incremental income. They are much less likely to abuse them.”

Whatever the reason, many men in this part of Tanzania have come to accept the new order, and some even have joined the women’s groups where they’ve been welcomed.

What’s good for the women apparently is good for Africa, too. The continent could go a long way toward beating poverty and hunger if more women could follow the example of these Mulala farmers in terms of power and marketing savvy, according to the latest Africa Agriculture Status Report issued by The Alliance for a Green Revolution in Africa.

Women provide more than half the labor on farms across sub-Saharan Africa, yet they are five times less likely than men to own land. Their small-scale agriculture has enormous potential to reduce poverty and even contribute to economic development on the continent, the report said.

“Yet its potential has remained unrealized, largely because rural women who constitute the majority players in smallholder food production remain unrecognized and unsupported by agricultural policy and development interventions,” it said. 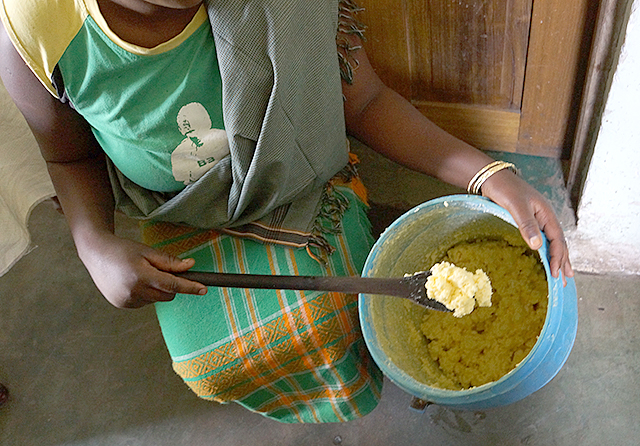 MinnPost photo by Sharon SchmickleWomen farmers are processing more of their milk, including into butter.

Not only do women lack land of their own. They also lack access to all-important factors such as credit, markets and improved seeds.

Reasons for the inequities go deep into village traditions and tribal cultures. Take agricultural extension services. Often it is offered by men. But in many traditions it is inappropriate for those men to talk with women who aren’t related to them. So the women farmers end up getting extension advice second-hand through their husbands.

Now, empowering rural women is seen as an urgent economic priority across sub-Saharan Africa. And other organizations, like Land O’Lakes, are investing money and expertise in that cause. 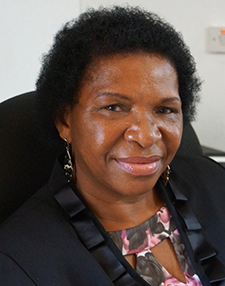 Land O’Lakes has started taking the cause in a new direction with an initiative intended to nurture leadership in rural women, also with funding from USAID.

For too long, rural women have had little choice but to play passive roles in their families and villages, even while they worked as hard or harder than men, said Rose Rita Kingamkono, who heads the new initiative from offices in Dar es Salaam.

In many villages, men take the harvests their wives and daughters have extracted from the land, sell the goods and pocket the money for themselves. Because they have the money, men also make the decisions about what inputs to buy for the family farms.

“The women have no access to credit to buy anything that could make their jobs easier, no collateral,” she said. “Men own the land and the harvest. And when the husband dies, the property goes back to the man’s relatives. The woman is chased away.”

Objectives of the new initiative are to help women develop technology that could ease their labor and boost their yields, to promote leadership that could help women grow small businesses and to identify gaps in women’s legal rights.

Back in Mulala village, the scale of dairy farming is much smaller than modern-day operations in the American Midwest. Pallangyo has a large herd with two cows and four goats in her stables. Many of her neighbors tend just one cow and a calf.

Pallangyo also has branched out.

In her “Mama Anna” role, she tends bees and sells the honey to tourists. She makes cheese from some of her milk, also for sale to tourists. And she has lured the tourists by building a replica of a traditional dirt-floored stick house outfitted with antique tools of the type her ancestors used for generations.

But Pallangyo is moving far beyond the life she demonstrates for tourists. Just up the hill, she is building a cement-floored milk processing house with a modern cooling tank.

Sharon Schmickle’s reporting from Tanzania was supported by a grant from the Pulitzer Center on Crisis Reporting.