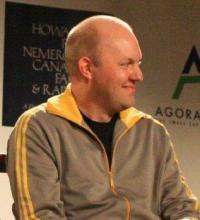 Marc Andreessen did as much as anyone to upend the model of the news business that had held steady for more than a century. Andreessen developed Mosaic, the first widely used Web browser, and went on to create Netscape Navigator. He became wealthy, went into venture capitalism and helped give birth to Twitter, Facebook and Pinterest.

But after reading his prescriptions for the future of the news business, I wondered how he got so rich.

It’s not that his ideas are dumb. They’re just not new.

In a lengthy piece, he offers few if any insights that haven’t been discussed in depth — for many years — by dozens of news business analysts. Jay Rosen, Ken Doctor, Seth Godin, Greg Mitchell, John Temple, John Paton, Rob Curley – all have addressed this topic and offered much of the same analysis.

Even I, someone who writes a column in his spare time from a day job, have repeatedly touched on many of these themes.

And what are they? It’s a long piece, but among them:

Andreessen then gives a list of media outlets he believes are doing it right, and that’s where a real weakness is revealed. He praises organizations like Politico, Vice, Talking Points Memo, Buzzfeed and the New York Times.

These outlets may indeed be doing well. I’m a regular consumer of many. But they’re all national or international in scope. They can attract a slice of the population that’s intensely interested in the areas they cover — and even if their audience is a small percentage of the population, it’s a small percentage of a large number. If a news or opinion outlet can attract 1 percent of the roughly 250 million adults in America, that’s 2.5 million people.

But if you’re a news outlet in Fargo and you’re attracting 1 percent of 100,000 adults, that’s only 1,000 people. Kind of tough making a living with those numbers.

Andreessen also believes that hard-hitting investigative journalism can be funded by philanthropy, crowdfunding and subsidies from healthy news organizations. That approach might work for a few stories of national scope, in which a deep-pocketed funder pays to assemble an all-star team to look into a pressing issue of national importance.

But most investigative stories arise out of beat reporting. A reporter learns something during the course of their regular coverage and decides it’s worth looking into more deeply. Every town and city needs reporters who are doing that. And wealthy philanthropists are unlikely to fund these kinds of efforts in places like Grand Rapids, Mich.; Laramie, Wyo.; Spartanburg, S.C.; or hundreds of others.