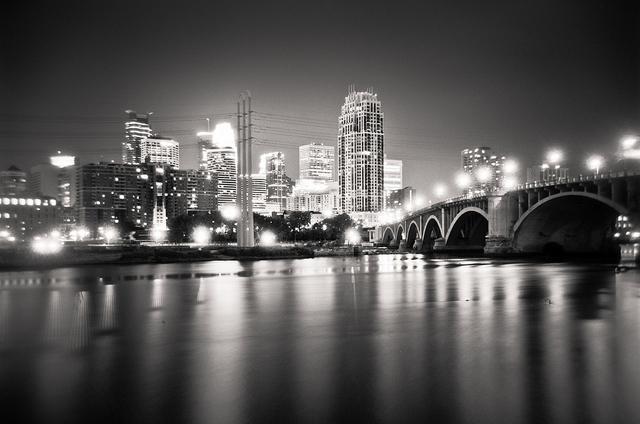 “Follow the money” is good advice for investigators, and surely for economists who track the shifting fortunes of American cities. The latest shift is a migration of venture capital for technology startups from suburbia to downtowns and other dense urban-style neighborhoods.

From its initial boom in the 1980s, high tech favored the open landscape of Silicon Valley and settled into campuses alongside freeways on the far edges of Boston, Seattle, San Diego, Austin and other cities. But in recent years a massive amount of startup money has begun flowing into downtown San Francisco, Manhattan, Brooklyn, the Chicago Loop and other urbanized districts.

“This is a new development,” says urban theorist Richard Florida, whose latest report, “Startup City: The Urban Shift in Venture Capital and High Technology,” describes the changeover. Tech hasn’t entirely forsaken suburbia, Florida concedes. But it appears increasingly to appreciate the energy, intensity and variety that cities offer — what Florida calls “the flexibility and affordability of older industrial-use spaces, the interactive quality of urban neighborhoods, and the role of density in innovation.”

San Francisco proper drew more startup money in 2011 (nearly $7 billion) than the rest of Silicon Valley (nearly $4 billion), according to Florida’s report. New York City, once a tech backwater, attracted more than $2.2 billion. Twitter, Tumblr and Yelp are among the hundreds of firms that have recently taken up urban-style digs.

Source: “Startup City: The Urban Shift in Venture Capital and High Technology”
While not a top location for technology venture investment, Minneapolis-St. Paul did see significant activity in 2011.

“Density and access are valuable to workers in their 20s and 30s,” Gorman said, citing especially the transportation options available downtown, including transit and bicycles, and the growing affinity among software design and other creative fields (art, advertising, etc.) that tend to prefer urban locations.

St. Paul’s Lowertown and Minneapolis’ North Loop seem especially suited for tech expansion, but Steve Cramer, CEO of the Minneapolis Downtown Council, also sees opportunities in the downtown core. “The real estate will be there soon and the price might be right,” he said, referring to vacancies expected when Wells Fargo consolidates 5,000 employees in two new downtown office towers and TCF Bank’s headquarters departs for suburban Plymouth. Much depends, he added, on how office space is redesigned and marketed, and whether downtown’s transit options and walkable atmosphere continues to improve. The trend that Florida describes, Cramer said, “could be very big for downtown.”

Florida, now a professor and researcher at the University of Toronto and New York University, is, of course, no stranger to the economic and social trends in urban geography. His 2002 book, “The Rise of the Creative Class,” challenged the conventional wisdom that technology would erase the importance of “place” and hasten population dispersal. Talented people, it was thought, would pack up their computers, retreat to the woods, and make a living by remote control. But Florida predicted the opposite.

Technology would make “place” more important than ever, he said. Because talented people with computers could live and work wherever they wanted, they would gravitate to the most attractive places, especially energetic urban environments thick with people and ideas. It’s face-to-face human contact that spurs the creativity and innovation that drives high tech success, he theorized.

Florida’s ideas have since gone from oddball to orthodox. Now, the assertions he made in his 2010 book, “The Great Reset,” seem also to be playing out. Recovering from a near-collapse of the economy in 2008, people appear to be adopting more efficient, more compact living and working patterns, just as Florida predicted. Since 2010, suburban growth has stalled while the nation’s most popular cities have experienced a surge of development and population growth. Tech is apparently along for the ride.

Why the shift? Florida claims to be careful not to confuse correlation with causation. His findings do suggest, however, some associations that might help to explain the shift in venture capital flow.

Tech growth is also increasingly associated with what Florida calls the “urban form and structure” most often found in cities and urban-style suburban centers that provide a walkable atmosphere and transportation options.

He acknowledges the push-back that urban tech has produced, however, especially in San Francisco and lower Manhattan, placing doubts on whether tech growth in ultra-expensive cities can be sustained. “The influx of startups, high tech companies and tech workers has provided a substantial backlash over rising rents and the growing economic gap between tech workers and everyone else,” he notes.