As I write this, it’s 50 degrees and raining. Yet summer has to arrive eventually, doesn’t it?

As a reminder: Our recent winter ranked as the sixth-coldest of all time, according to the National Climatic Data Center. The Minnesota Department of Natural Resources’ “Winter Misery Index” (which combines cold and snow) rated it the ninth-worst, and the National Oceanic and Atmospheric Administration ranked it No. 10. By any measure, it was one for the books.

And so a couple of new ad campaigns have rolled out, hoping to entice Minnesotans to shed their sweaters and take advantage of the blessed few months of fair weather that we hope are in store.

The chartreuse Nice Ride bikes have become a familiar sight around the Twin Cities, and Minneapolis shop Persuasion Arts and Sciences has added a new twist to its ongoing “Grab Summer by the Handlebars” theme. This year, prospective Nice Riders are urged to forget about the Polar Vortex and embrace the Solar Vortex. It’s the only sensible thing to do, said Dion Hughes, the Australian-born head of Persuasion.

“On paper, it would seem Minneapolis is the worst possible major city to have a bike-share program,” he said. “And that’s exactly why it’s the perfect place, because bikes are the perfect way of making the most of summer. And believe me, we need to make the most of it!”

The long-running Explore Minnesota Tourism campaign by Colle + McVoy is getting a refresh with a new logo designed by Minneapolis design-and-branding firm Little.

The Explore Minnesota Tourism marketing budget has more than doubled in recent years; the Legislature and Gov. Mark Dayton boosted spending by $11 million in the current biennium. That’s allowed expansion into new target markets, including Chicago, Kansas City, Omaha and Denver, plus two provinces in Canada.

Tourism generates $811 million in sales tax revenue annually in Minnesota and provides more than 245,000 full- and part-time jobs — about 11 percent of the state’s private sector employment. According to Explore Minnesota Tourism, each dollar spent on tourism marketing returns $8 in taxes to the state and $84 in consumer spending. 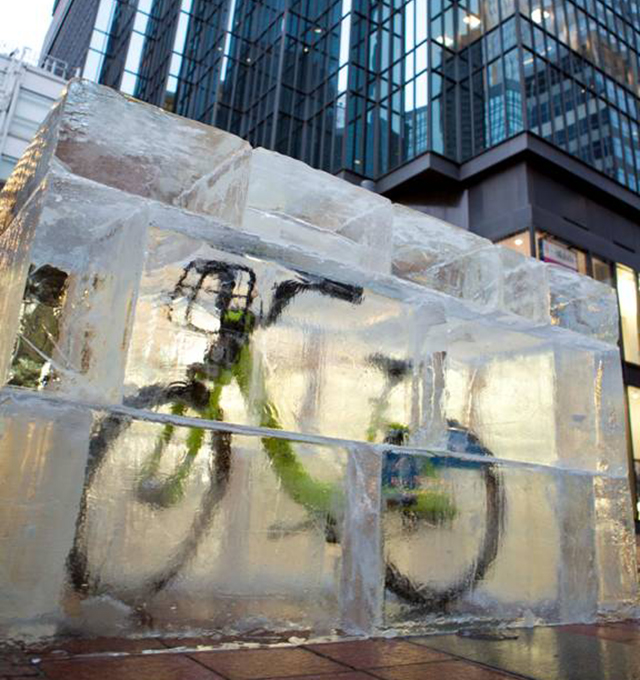 After a dreary winter, ads focus on Minnesota’s joys of summer