The “ratlike cunning” that served as praise in Steinhafel’s family when he was growing up ran out for the Target CEO Monday. A Cinco de Mayo letter from Gregg Steinhafel to the Target Board of Directors offered the resignation of a CEO.

The board’s statement accepting the resignation might lead someone to believe that Steinhafel’s tenure was, by and large, successful. The truth is that the Milwaukee native and 35-year company veteran’s six years at the top spot cannot be described as anything but embattled. When Target’s history is written, it’s more likely that Steinhafel’s time at the helm will go down as one of the retailer’s most tumultuous, and self-destructive, and a period during which the CEO — and Steinhafel’s leadership team — did irrevocable harm to the brand former CEO Bob Ulrich built.

Yes, Gregg Steinhafel inherited Target in 2008 during the trough of the financial crisis, and as consumer spending and confidence was tanking. But Target was not alone in the marketplace facing these difficulties. It was in this “unprecedented economic environment” that he attempted to claw back some profitability by eliminating about 1,000 jobs at its headquarters in Minneapolis — a move, amid offering existing employees little or no pay increases and cutting hours, that did not endear him to his internal team even as his personal compensation jumped 72 percent in 2010 to $25 million.

That same year, Steinhafel and Target blundered into a PR disaster that, in many communities, still sees the brand’s name synonymous with homophobia.

The public reaction to Target’s 2010 campaign giving to conservative anti-gay candidates supported by the MN Forward fund are not the reason Steinhafel stepped down today. But they certainly should have a been a dire warning that the CEO and his top management circle was in danger of driving the entirety of the Target brand into the ditch in pursuit of a few minor tax cuts. Target (and Steinhafel’s family personally) supported candidates for no other discernible reason than that they claimed to be “pro-business.”

The data breach and unexpectedly large losses from new Canada operations could just as easily have occurred. But Target would still likely retain an image as a forward-looking retailer that customers — especially socially progressive millennials — could feel self-satisfied about handing their money over to. In 2010, in the world of big box retailers, Target was the hip “good guy.” Today, Wal-Mart is getting great press about locally grown foods and Costco has become a fair-pay meme.

Last year, a petition created by a Target team member and signed by hundreds of thousands asking Steinhafel to reconsider a decision to open Thanksgiving evening was met with indifference (and, locally, a truly salt-in-the-wound editorial from the Star Tribune, which a cynic would point out continues to enjoy Target advertising largesse in lean newspaper times).

Ratlike cunning, indeed. With income disparities and struggling part-time work part of the national conversation, Target had a prime opportunity to redefine its brand. It did not, further eroding team member morale — morale that would have been helpful to have when the data breach scandal hit. 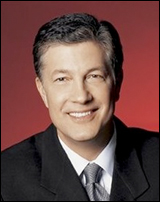 There were other subtle signs that Target under Steinhafel was unraveling internally and losing its soul.

In 2012, Target abruptly canned Wieden+Kennedy, its longtime ad agency that had been the retailer’s partner during a period when the retailer defined itself as the chicest and hippest of the big-box retailers. That split came just a year after Target had consolidated its ad work with Wieden+Kennedy by firing local Minneapolis boutique agency Peterson Milla Hooks, whose cutting edge, game-changing work with Target since 1999 made it the brand it was when Steinhafel took over. Peterson Milla Hooks cast the now iconic red-and-white Target logo as the center of the brand’s image, invented the Target dog and dreamed up the groundbreaking complete takeover of the Aug. 22, 2005, issue of The New Yorker.

This concept that moving numbers around on the ledger, or branding by accounting, seems to have infected Steinhafel’s Target. That suggests that the CEO did not understand that a brand promise is an agreement between the brand owner (Target) and the brand consumer (customers) about what the brand stands for.

It is a common executive mistake to think their brand owns itself. When the Target data breach was revealed, what was Steinhafel’s communication to customers? He offered an in-store, single transaction, two-day 10 percent discount, saying, in the tone-deaf spirit of the 2010 MN Forward donations that “We’re in this together.”

Taking into account that a Steinhafel-led management so misunderstood the data breach and feelings of consumers, is it any surprise the retailer’s move into Canada is such a disaster?

Steinhafel’s time at Target should also be a cautionary tale for the board as it looks for its next CEO. Loyalty is all fine and good, but it’s not enough to know where all the doors in the building go.

Abe Sauer has written about marketing and politics for Esquire, The Atlantic, Brandchannel.com, CEO CIO Magazine (China) and The Awl. He is also the author of the less serious books ‘How to be: North Dakota’ and ‘Goodnight Loon.’

Bad for the brand: how Steinhafel made Target’s ‘shabby chic’ shabby