The headcount in Minnesota’s second-largest newsroom has dipped into double digits.

Amid sale rumors that have picked up credibility, St. Paul Pioneer Press Editor Mike Burbach said his newsroom roster now hovers under 100, down by “a couple dozen” since he took the helm three years ago.

Staffers have trickled out as the newspaper’s ownership offered a series of buyouts, said Dave Orrick, a union spokesman and PiPress outdoors reporter.

The newsroom was 135-strong as recently as 2009, and PiPress veterans of a decade or more’s standing have known a news staff more than twice its current size.

Pioneer Press journalists aren’t getting laid off, said Orrick — unlike the paper’s press workers who lost jobs when the newspaper moved printing to the Star Tribune’s plant. But many vacated positions go unfilled.

At least five staffers took buyouts in January and March, including two photographers: Chris Polydoroff and John Doman. Hiring replacements is not on the horizon. “Photo’s probably feeling it,” Burbach said.

“Every time someone leaves, we have to stretch,” said Public Safety Team Leader Hal Davis, who lost courts reporter David Hanners to a buyout, leaving the one-person Minneapolis bureau empty. “We are strained,” Davis said. “It limits our coverage.”

As a result, the paper focuses ever-more-tightly on its east-metro base, at times grinding it out city-by-town like a collection of community papers, albeit with sports and State Capitol staffs that compete for metro and statewide stories.

One reporter who asked to remain anonymous, acknowledged “guilty” feelings on opening the newspaper and seeing “no story from your coverage area — only a rape, a murder and a restaurant review.”

The paper retains some of the area’s finest writers, including Bob Shaw and Mary Divine; all-star photographer Ben Garvin; and several promising young beat reporters. However, its business desk is down to four reporters, some of who split time elsewhere; the one editor sometimes writes. There are only two full-time staff photographers other than Garvin. And a key data reporter was lost in a corporate misstep. 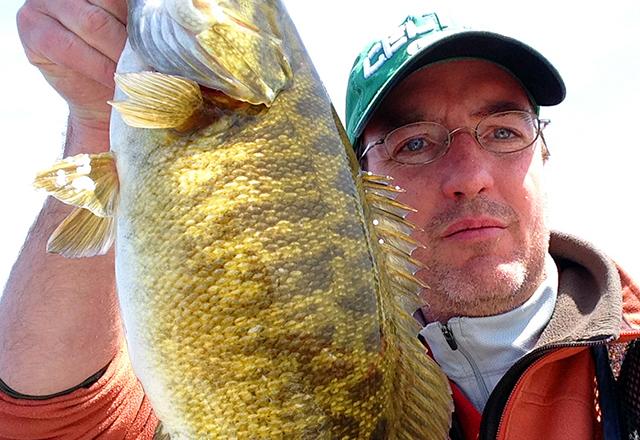 Courtesy of Dave Orrick
“We’ve made some progress on some issues,” said union spokesman and outdoors reporter Dave Orrick, shown here with smallmouth bass, “but the largest issues remain unresolved, and those are mainly economic issues.”

Meanwhile, at a paper where the workweek has long been 37.5 hours, management is suggesting reducing hours. Though the pay rate wouldn’t change, there would be proportional paycheck reductions.

The Newspaper Guild union and management are in the midst of bargaining for a new contract. The last contract expired Jan. 31, but an evergreen clause maintains the terms of the old contract for now. The Guild is the PiPress’ biggest union, with 210 members in news, sales, circulation, finance, customer service, operations and maintenance and other parts of the organization.

“We’ve made some progress on some issues,” Orrick said, “but the largest issues remain unresolved, and those are mainly economic issues.”

Though Digital First’s TED-talking leader John Paton has championed the shift toward “digital dimes” from “print dollars,” the chain is on the verge of disassembly at the hands of its venture capital ownership.

Losing Webster was “a severe blow” for the Pioneer Press, says Davis. But Thunderdome’s end has also ushered in a sell-off of DFM properties by hedge-fund owner Alden Global Capital, according to former Pioneer Press managing editor Ken Doctor, now a news-business analyst.

Asked about the PiPress in particular, Doctor said, by email:

“DFM will be selling its papers, probably in regional groups, as buyers can be found. So [the Pioneer Press’s] future is dependent on a next owner. Finding one, and a good one, in [a] two-daily metro area, may be tough. In some cities, we’ve seen civic buyers step up, to preserve a local news institution, though those ventures have seen mixed results. Timing: Later this year.”

The civic-buyer scenario will soon culminate across the river, with Glen Taylor’s $100 million purchase of the Star Tribune. One immediate effect there is a buyout wave, with about 20 staffers preparing to leave under a clause in the Guild’s Star Tribune contract providing as much as six month’s severance pay when ownership changes.

Unlike many DFM papers, which are clustered in places like northern California or Connecticut, the Pioneer Press effectively stands alone within the chain, potentially reducing economies of scale and thus the price.

Journalism insiders have long prophesied a Star Tribune-Pioneer Press merger, but this assumes one owner would want to spend millions buying out the other, rather than waiting for the rival to succumb. The Fargo-based Forum chain, which owns the Hastings Star-Gazette, South Washington County Bulletin, and Farmington Independent in the east metro, has also been mentioned.

Doctor says it’s too early to establish a Pioneer Press price. “I don’t know its revenue or profits,” he states.

One rallying cry is the Pioneer Press’ continued print dominance on St. Paul’s side of the Twin Cities.

“We own the East Metro, as we always have,” said Orrick — a claim borne out by 25 years of circulation figures. 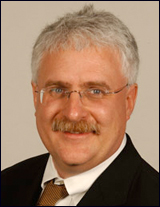 “We are ensconced,” said Burbach (no pun intended, given the Pioneer Press’ hold on western Wisconsin as well).

He says outsiders who view the Twin Cities as a single two-newspaper town don’t understand the dynamic on the ground.

The latest figures show a drop in Sunday print sales at both the Pioneer Press and the Star Tribune. However, Burbach points to the paper moving up in Sunday-circulation rankings, from the 50th largest in 2005 to 29th this year.

He acknowledged that climb was partly due to other newspapers’ declines. But he insisted it was evidence of his organization’s persistence.

The Pioneer Press has “a reason to exist … and we’re damned determined to,” Burbach said.

“Newspapers — or any business on some level or another — are always for sale,” said Burbach. “We don’t have control over that. You think about it and you wonder.”

Burbach says what Pioneer Press staffers can control is working toward their priority: “The pursuit and publication of local news. … Yes, it’s difficult. Yes, we’d rather have more people. Also this is true: Most days there’s not much standing between excellent people and the [excellent work they want to do].” 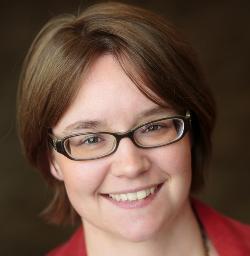 “We’re working our asses off,” says photographer Ben Garvin. “But I don’t feel bummed about the place I work.”

The photo team, which includes two half-timers, has made adjustments, becoming more selective with assignments. “We don’t photograph everything that moves anymore,” Garvin said.

A bigger workload doesn’t mean Garvin has forgotten his good fortune to be working as a photojournalist. “I’m getting paid to take pictures, and it’s ridiculous,” he said. “Any moment it doesn’t seem ridiculous, I should quit.”

Deputy Editor Jen Westpfahl manages the photo desk along with about 11 people on the digital team, which launched the Pioneer Press’ new Minnesota Beer Finder app for iPhone and Android over the weekend.

Westpfahl acknowledged the photo desk’s struggle but said other staffers are pitching in, taking photos and making videos. “The smaller we get, the more we can let talents shine,” Westpfahl said.

The anonymous reporter agreed with Westpfahl that fewer hands on deck can mean more opportunities and fewer boundaries: “We were never all that territorial [but now] you hear more often, ‘Who’s free to cover this?’”

Hanners, 58, said could have persisted with the Pioneer Press but opted for a buyout for personal reasons: His wife has taken a teaching job in Kuwait and they’re moving there in mid-July.

He’d considered buyout offers in years past, he said, but didn’t think he could make a living freelancing.

The Pulitzer Prize-winning reporter also plays original songs on guitar (“I was never good enough to give up my day job,” he said), and held a farewell performance Saturday at St. Paul’s Underground Music Cafe.

What kind of song would Hanners write about the Pioneer Press?

Hanners cited Townes Van Zandt: “Blues and zip-a-dee-doo-dah are the only two kinds of music,” the legendary songwriter is supposed to have said.

“I don’t think the newspaper industry has been singing zip-a-dee-doo-dah for a while,” Hanners said.

David Brauer contributed to this article.