LOWRY, Minn. — On a mild August morning in this town of 300 people in west-central Minnesota, workers at Lowry Manufacturing Co. prepared two glossy gray receiving bins for shipment — one to Iowa, the other to Illinois.

The grain bins actually stood on a public street that runs between two of the company’s buildings — an arrangement with the city that underscores the importance of large employers in small towns.

“The community has been really good to us,” owner Nicole Klimek said during a tour of the plant, which employs about 30 people.

As Minnesota continues to climb out of the recession, manufacturers in this region have been good to their communities, too. Tucked into the small towns of this rolling farm country, they are doing their part to help fuel low unemployment and economic growth that has outpaced many other parts of the state.

In a report issued last fall, the Federal Reserve concluded that job growth in a nine-county region in this part of the state had gone “above and beyond the recession’s downturn.” More broadly, over two decades starting in 1990, the manufacturing base in those counties – Becker, Clay, Douglas, Grant, Otter Tail, Pope, Stevens, Traverse and Wilkin – increased 53 percent compared with a national decline of 33 percent, according to the report.

Statewide, employment in manufacturing grew 3.1 percent over the past year, the state Department of Employment and Economic Development announced in mid-August. The national growth rate was 1.5 percent.

Off the beaten path

About 30 manufacturers in this region have at least 100 employees, according to one survey, while several others have smaller work forces.

Not surprisingly, some of the largest and better known, such as 3M, are located in larger cities like Alexandria and Fergus Falls. Many others, however, operate in towns of 500 people or fewer – places known more for rustic cafes and town team baseball, or as way stations for weekend cabin seekers, than for commerce. 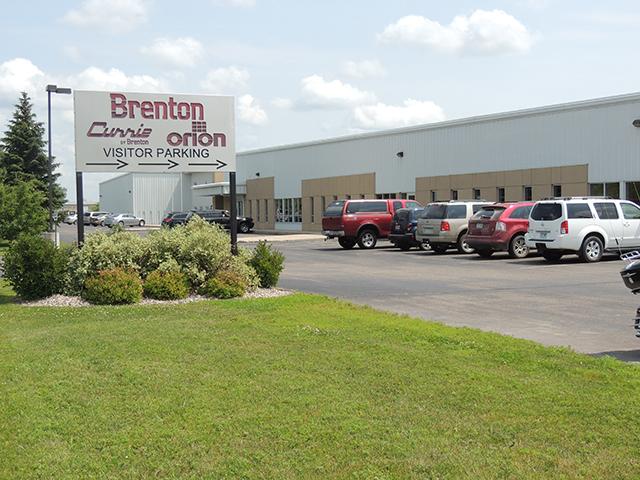 MinnPost photo by Gregg Aamot
Carlos is home to Brenton, which specializes in end-of-line packaging. It employs more than 175 people.

For instance, Carlos, a Douglas County village of 200 people just north of Alexandria, is home to Brenton, a maker of packaging lines, and Contech Engineered Solutions, which builds bridges, retaining walls and other structures related to water management. Miltona, a town of 400 people a few miles north of Carlos, has Enzymology Research Center Inc., which makes dietary supplements. And Lowry, which is in Pope County, is also home to Quinco Press, a printer of about 30 community newspapers. 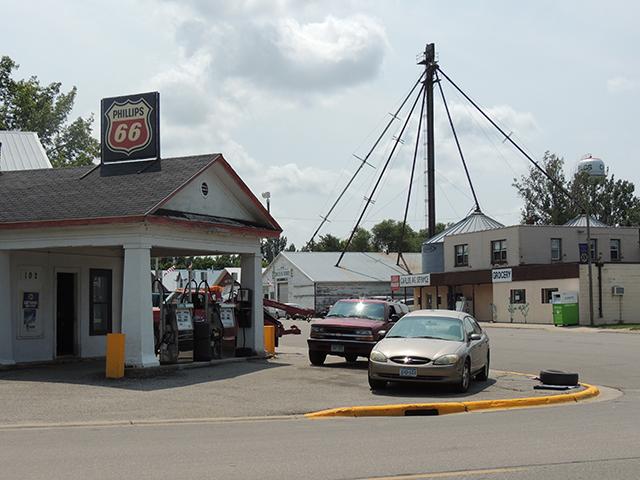 MinnPost photo by Gregg Aamot
A view of downtown Carlos, a Douglas County village that is home to several manufacturers.

Some of the companies are tied to agriculture, while others were started by entrepreneurs hoping to capitalize on the local culture, making them good fits for this particular area. (Brenton was founded, initially, to build cable cars that could carry cabin owners up and down steep lakeshore banks).

Affinity for the region has also played a role in their staying power, said Greg Wagner, an economic developer for West Central Initiative, a community foundation in Fergus Falls.

“A lot of these manufacturers grew up in this town or near that town, so they have that connection with the community and they want to help the community that helped them get started and be successful,” he said. “That sense of community plays a big role.”

Mark Suchy, the vice president for sales at Massmann Automation Designs, a packaging line company in Villard, population 250, agrees, saying the company has no plans to move despite its size (nearly 150 employees).

“It’s not even in the cards,” he said. “There have been times when buildings in Alexandria have become available, but it would just involve too much disruption. And thinking about a move to the (Twin Cities): Your cost of manufacturing goes up, property goes up, you lose 75 percent of your work force.” 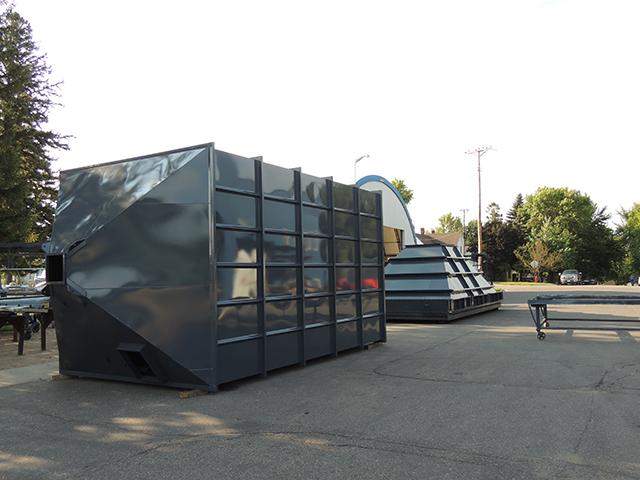 Asked to describe his work force, he paused and said: “We have fathers and sons working in our business, husbands and wives. That’s who we are. You know, some have hobby farms close by and, come farm time, their work here turns into part-time work.”

Business has been so good that Brenton is planning a 25,000 square-foot expansion at its plant on the western edge of Carlos, said Ryan Kirksey, the company’s vice president of manufacturing. The company has about 240 employees.

Some Brenton workers were trained in robotics or mechatronics at Alexandria Technical & Community College and Central Lakes College (which has a branch in Staples). About six of Lowry Manufacturing’s employees, meanwhile, received training in welding, drafting or other skills at the Alexandria school.

Such technical training has been a boon to manufacturers, but growth has exposed other challenges in this sparsely populated region.

Douglas County, for example, has an unemployment rate of 3.5 percent while Pope County’s rate is 3.3 percent, according to DEED. (The statewide rate is 4.5 percent). While those are enviable numbers, they have, at the same time, posed a labor shortage just as many manufacturers are poised to expand.

In response, some companies have begun looking for ways to develop more housing and lifestyle options as a way to attract and keep workers.

Massmann Automation Designs recently bought a shuttered grocery store in downtown Villard with plans to reopen the building as a fitness center for its employees and, perhaps down the road, city residents. The company also hosts monthly events for its workers, such as a recent outing to Alexandria, 25 miles to the north, for a game between the local Blue Anchors and the Waterloo Bucks of the Northwoods Baseball League, a summer wood bat league for college players.

Nicole Klimek – who grew up on a farm near Evansville 20 miles northwest of Lowry – showed a reporter around the Lowry Manufacturing grounds, stopping to talk with workers driving forklifts or pushing carts of equipment. 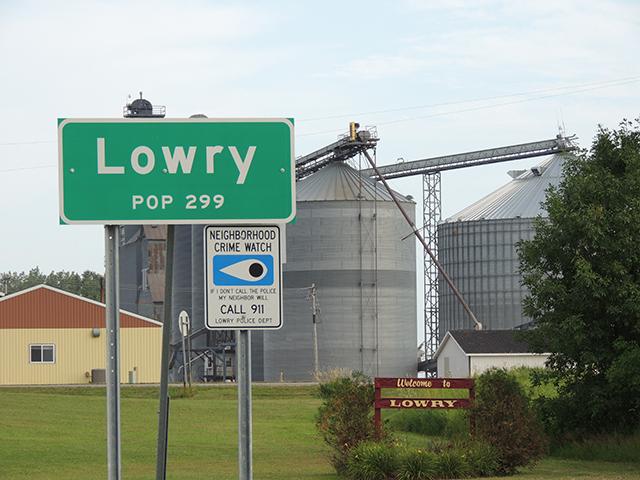 MinnPost photo by Gregg Aamot
Lowry is located on state Highway 55, about 10 miles northwest of Glenwood, in Pope County.

Klimek, who previously worked in accounting, didn’t think she would end up as a maker of grain handling equipment. But after a year of talks with the former owner of Lowry Manufacturing Co., which was founded in 1973, she agreed to buy the plant – deciding that her business future was here, in a quiet town along state Highway 55.

Manufacturers find their niche, in the smallest of places