JACKSON, Minn. — At the AGCO manufacturing plant here, where workers roll out a dozen tractors and chemical sprayers each day, the number of workers is equal to a third of the city’s population.

It’s an enviable work force for a small Minnesota town. Yet hundreds of AGCO’s employees actually live outside this town of 3,300 in far southwestern Minnesota. One-fourth of the workers live more than 30 miles away, according to the company; some travel an hour one-way from towns where they have managed to find a home or an apartment.

The result is untapped potential for the city, which would like the stronger tax base that more residents provide, and latent worries for AGCO, which needs the workers to keep up with demand for its machines.

Other rural communities around the state face the same conundrum – a housing market that isn’t keeping up with job growth. Eric Fisher, the director of operations at the Jackson plant, said the situation presents “a missed opportunity for greater Minnesota.”

He added: “It’s curbing the growth potential of a lot of rural communities because if they can’t get anybody to grow housing, then businesses won’t have a work force.”

To generate more housing in Jackson, AGCO has partnered with the city and two regional housing agencies on a plan to build 48 townhouse units on seven acres of land near the industrial park that is dominated by the manufacturer’s sprawling campus. 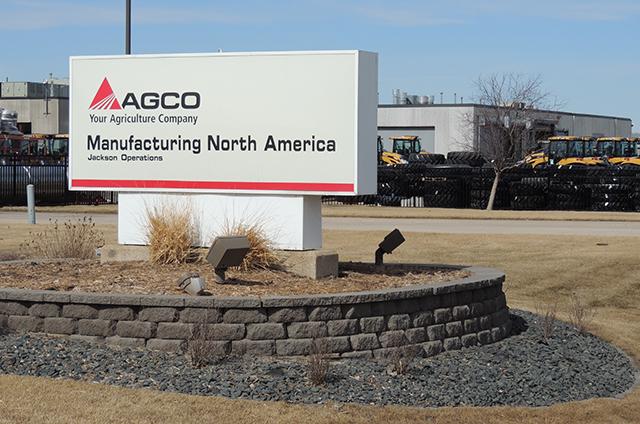 The company, which has 1,100 workers, has invested $220,000 in the $7 million project. The city donated the land and a state agency provided much of the financing while a regional nonprofit housing group will own the buildings.

Thirty miles west in Worthington, a similar project is under way: a $6.5 million plan to build 48 housing units. The city has invested $1.6 million in the project while its housing and redevelopment authority borrowed $4 million for it. Five local entities, meanwhile, including the meatpacker JBS, the city’s largest employer, together contributed $110,000.

And that only scratches the surface. By 2020, Worthington will need 500 more housing units simply to sustain its growth, said Bradley Chapulis, the community and economic development director.

A bill introduced in the Legislature this session would provide $50 million for work-force housing. The legislation, which would provide grants and investor tax credits, is being carried in the House by Rep. Rod Hamilton, a Republican from Mountain Lake, a town about 20 miles north of Jackson, and in the Senate by another regional lawmaker, DFL Rep. Dan Sparks of Austin.

One of the bill’s strongest backers is the Greater Minnesota Partnership, an organization that represents about 85 of the largest Minnesota cities outside the Twin Cities.

Dan Dorman, the executive director of the group and a former legislator, noted that the housing stock in Albert Lea, where he grew up, has been stagnant for three decades. Attracting builders to towns in rural areas when building in the Twin Cities is a safer investment is a challenge, he said.

Chapulis traveled to St. Paul for a March 15 legislative hearing on the bill. He argues that it would serve a similar purpose as the incentives government often creates for developers in emerging markets, such as the wind energy industry whose giant turbines dot the windy plains in this region.

“We view this as another industry that needs a jump start to become sustainable on its own,” he said. 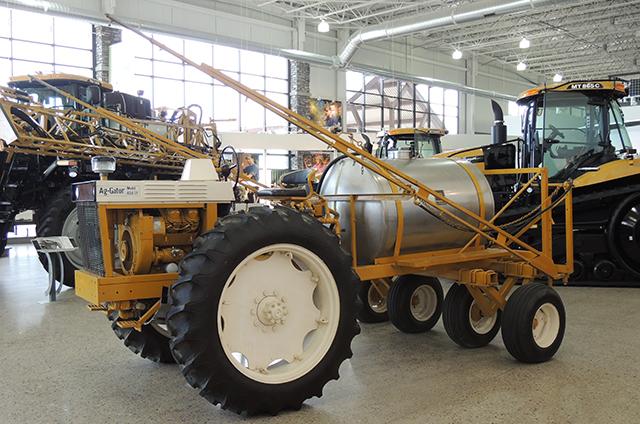 Photos by Gregg Aamot
A chemical spreader first made in Jackson in the 1960s is on display at AGCO’s visitor’s center.

Self-propelled chemical sprayers were first built in Jackson in the 1960s by a company called Ag-Chem (which was later sold to AGCO). One early model – painted in the mustard yellow that is the color of many AGCO-built machines – sits on display in a new visitors center on the north end of town. These days, besides building several brands of sprayers for AGCO, which is based in Georgia, the Jackson plant makes tractors, including Massey Ferguson and Challenger brands.

On a recent Friday afternoon, workers spread out along an assembly line in a cavernous, well-lit building worked on various parts of tractors. Big-screen TVs that time each work station and also note the destination of each machine hung on the wall; the models on the floor were headed for dealers in Illinois, Idaho, Arizona and the United Kingdom.

Across the street, engineers work in their own building while employees come and go from a company fitness center. Many AGCO workers have local ties and would love to live in Jackson, company officials said.

Some may soon be able to.

“There is such a need for a variety of housing types here,” said Pirsig, showing a reporter around the new housing site, which, so far, has only curbs, gutters and fire hydrants. “This (project) is one part of the puzzle in solving that issue.”