Reven Stephens spent the Saturday before the Super Bowl at a Minneapolis liquor store, offering shoppers samples of a liquor they were unfamiliar with — from a distiller they’d never heard of.

“Blue agave spirits” looks and tastes like high-end tequila, mostly because that’s what it is. But Mexican law restricts use of that name to the stuff made in the state of Jalisco, sort of how only bubbles made in the Champagne region of France can be called champagne (a convention the U.S. ignores).

Whatever you call it, the Los Osuna brand is distilled in Sinaloa state, not far from Mazatlan. Stephens gets around the vague label on the bottles with a slogan: “Tequila in the process, but not from the region.”

But how did this former tennis coach (Stephens played his collegiate tennis at the U of M) come to be one of the few importers of this small-batch liquor distilled 2,000 miles away? And how did Minnesota become one of the only places in the U.S. that sells it?

The answer was revealed during a late-winter visit to the distillery near the tiny town of La Noria in the hills that climb gently from the Pacific Ocean. From the road, you pass through fields of agave plants — the raw material for tequila or mescal or “blue agave spirits” — whatever else you call it outside of Jalisco.

At the historic distillery, the piñas — which take eight years to mature — are shredded and cooked in 80-year-old ovens. The juice is extracted, distilled (in a room filled with the sounds of classical music; they swear it helps), aged and bottled. All of this is done mostly by hand, within a small complex of buildings, some more than a century old.

When I told Daniel Limon, the facility manager at the complex, that I was visiting from Minnesota, and that I had met one of the brand’s distributors at a Minneapolis liquor store, he invited me to meet Stephens’ father and business partner, Win Stephens, who was visiting the distillery that day, as he frequently does.

While sampling the different grades of Los Osuna at the outdoor tasting room (from snifters, not shot glasses), the elder Stephens said he wintered in Mazatlán and lived near Orono the rest of the year. He brought the first Dairy Queens to Mexico in 1991 (“I thought, ‘This place could use a Dairy Queen.’ ” ) and he discovered the spirits and the Osuna family a few years ago. (Stephens’ name might be familiar to some long-time Twin Cities residents from “Win Stephens Buicktown, USA,” a car dealership in Saint Louis Park founded by his grandfather, Win Stephens, Sr.)

Looking for a business opportunity with his son, Win convinced the latest generation of the Osuna family to do business with what became WRS Imports of Minneapolis. “This might be kind of fun,” he recalls thinking at the time. 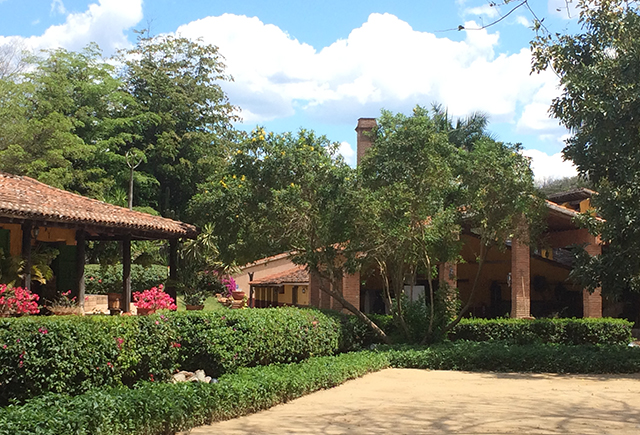 MinnPost photo by Peter Callaghan
The courtyard at the Los Osuna Distillery. Most of the buildings are more than a century old.

Win told us the history of the family and their liquor. Agave was grown and tequila was produced at Los Osuna Vinata near La Noria beginning in 1876. At its peak, the business started by Spanish immigrants rivaled the largest producers in the country, include those in neighboring Jalisco. But politics, intrigue and violence intervened.

In 1933, Alfonso Tirado Osuna became mayor of Mazatlán, and soon emerged as a political threat to the ruling PRI party and its governor. As told by the family, the governor sent a cavalry unit to seize the Osuna farms and redistribute the land to local peasants as part of the PRI’s land reform campaign. In response, the Osunas hired a militia, which defeated the governor’s men.

After leaving office, Osuna was assassinated in the Sinaloa capital of Culiacán by the chief of the state police. Revenge came six years later. During a Carnival party in Mazatlan, the same governor — Rodolfo T. Loaiza — who was rumored to have ordered the killing of Osuna was himself killed. In response, the government decreed that only tequila produced in a select region could bear the name. The Osuna distillery and many others in Sinaloa closed. 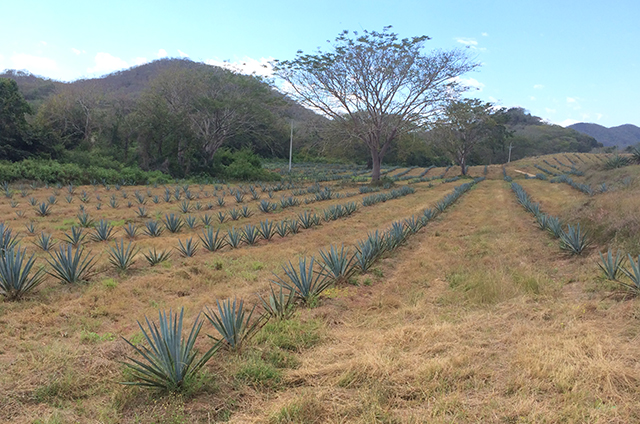 Things began to change in 2000, when the latest generation of the Osuna family approached the federal government, requesting permission to reopen the old distillery and restore the agave farms as a way of boosting the economy. The first bottles were produced in 2006.

All three varieties — blanco, reposado and añejo — have won awards at spirits contests in the U.S., including a double gold for the anejo in the San Francisco World Spirit Competition. (Despite the accolades, the guides who preached that it was made for sipping, not shooting, failed to convert a tour group with plenty of 20-somethings who insisted on drinking their post-tour samples out of shot glasses with lime and salt.)

Back in Minnesota, after winning distribution rights from Los Osuna, Reven Stephens said he spent two years getting the federal, state and local licenses and permits that would allow the importation of spirits and the distribution in Minnesota. “We’ve been taking it kind of slow, picking the right restaurants and liquor stores,” he said.

Finally, the first of the 1,000 bottles arrived from Mexico in November and Los Osuna began showing up at a handful of liquor stores and restaurants in the Twin Cities — one of the only places in the United States where it can be found. 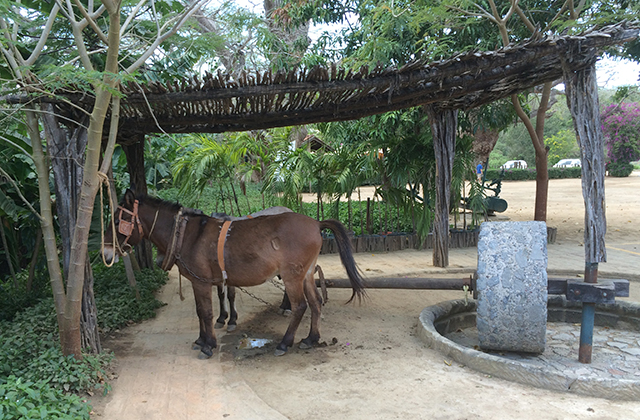 MinnPost photo by Peter Callaghan
A historic, donkey-powered mill at the Los Osuna distillery. Shredding of the pinas is now done by machine.