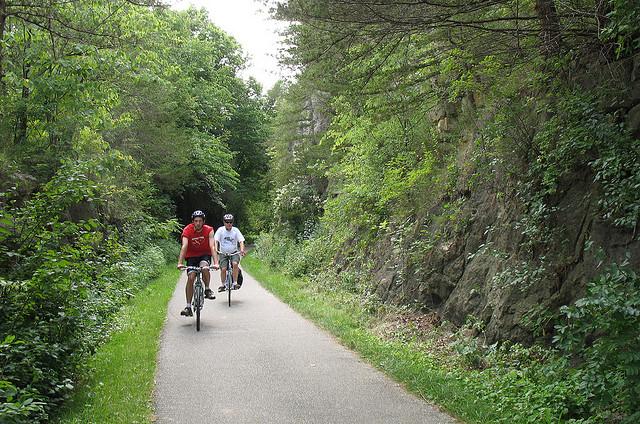 The McKnight Foundation commissioned writer Jay Walljasper to do a series of reports looking at the prospects and challenges in Minnesota’s 80 counties outside the metro area. This is the fourth of four articles excerpted from his first report focusing on Southeast Minnesota.

By instinct, Midwesterners head north for vacation dreaming of sky-blue lakes, pine forests, rustic cabins and walleye frying in a pan. That bright vision, reinforced by decades of tourist brochures and Hamm’s Beer ads, sometimes blinds us to the appeal of rolling rivers, oak-dotted hillsides, historic towns and trout frying in a pan. In other words, Southeast Minnesota.

“Southeast has a really beautiful landscape that a lot of people haven’t actually seen,” says Jan Joannides, who co-founded the Green Routes project to draw attention to authentic travel destinations throughout the Upper Midwest. “It’s got exactly the same appeal as up north, but in a different way.”

A lot of Southeast lies in the Driftless region, the corners of Minnesota, Iowa, Wisconsin and a small patch of Illinois that was not flattened by glaciers. (In geological terms, drift means material of glacial origins, so this area is “driftless.”)

A recent documentary, “Mysteries of the Driftless,” highlights the awe-inspiring scenery and outdoor attractions of the area. “Have you ever thought to yourself the world is already all explored?” the film begins. “What if I was to tell you there is a place in America that is huge and 99.5 percent of all Americans don’t even know it exists? … It’s geologically and biologically amazing.”

North Carolina-based filmmaker Rob Nelson calls the area a “topographic island” brimming with caves, native art, springs, fossils, trout streams and rare plants and animals. Dubbing it a “hotspot of biodiversity,” Nelson explains this is where species of the East meet those of the West along with “relics of the Pleistocene Era” that have survived in unusual ecosystems like goat prairies and talus slopes along river bluffs.

On the road to Southeast

Here’s a pleasing itinerary leading you to some of Southeast Minnesota’s chief attractions.

Start in hilly, historic Red Wing, which National Geographic Traveler magazine ranked high [PDF] on a list of world tourist destinations for authenticity and preservation of historic character. Make a bike, canoe or cross-country ski trip along the Cannon River through the picturesque village of Welch and cozy Cannon Falls, which features a classic Main Street with two hardware stores, a grocery soon to open, cafes and taverns. The Cannon River Winery, with a tasting room just off Main Street featuring live music, is a tourist draw. Other wineries have popped up along the Mississippi River in Red Wing, Winona and LaCrescent, giving rise to the Great River Wine Trail with 11 stops between Prescott, Wisconsin, and Marquette, Iowa.

Back in Red Wing, head south on storied Highway 61 (the Great River Road, which is soon to get a facelift in terms of amenities, which is also known as the Mississippi River Trail to bicyclists) to Lake Pepin, the widest and arguably most lovely spot on the whole 2,000-mile stretch of the Mississippi. Lake City, the birthplace of water skiing, is a major port for boaters and sailors. The village of Frontenac feels like a field trip back to the 19th century.

The river’s towering bluffs can be hiked in Frontenac, John A. Latsch and Great River Bluffs state parks as well as Barn Bluff Park in Red Wing and Garvin Heights Park in Winona. For a closer look at the river, explore Latsch Island, right across the channel from downtown Winona, or settle in at the riverside Reads Landing Brewing Company in tiny Reads Landing. 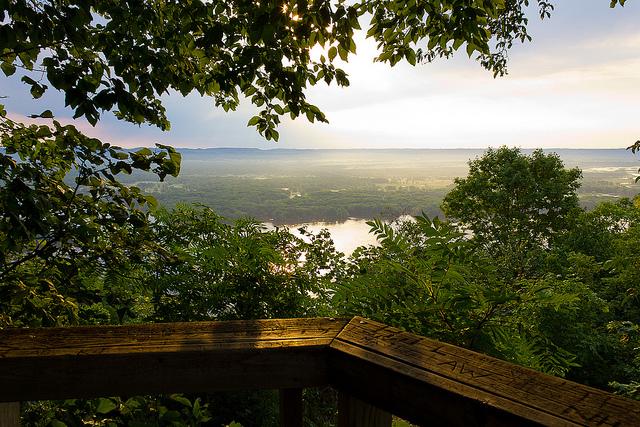 Don’t miss the National Eagle Center in downtown Wabasha, the best perch anywhere to sight our national symbol. The impressive museum and visitors’ center began in 1989 when local folks built a viewing platform to accommodate birders who were flocking to town because year-round open water made Wabasha a favorite winter home for Eagles. More than 70,000 people visited last year from 124 different countries. Inspired by the Eagle Center, the National Trout Center has opened in Preston and the International Owl Center in Houston.

Winona, the region’s second biggest city, is a college town serving up an unexpected menu of artistic activities. Winona’s Minnesota Marine Art Museum is brimming with fine examples of Monet, Van Gogh, Picasso, Renoir, Matisse, O’Keefe, and Wyeth, and the annual Great River Shakespeare Festival draws actors and theatergoers from around the country. Winona’s Polish flavor can be sampled at the Polish Museum and the ornate Basilica of St. Stanislaus Kostka.

Great outdoor opportunities abound on the river, the bluffs, and the nearby Trempealeau National Wildlife Refuge, a starting point for the Great River State Trail where you can pedal alongside the Father of Waters all the way to La Crosse.

Follow the river road south to La Crescent, Minnesota’s apple capital, and head west on Highway 16 (a National Scenic Byway) into the steep hills of the Root River valley. The Root River Trail, one of the most celebrated bike routes in the United States, runs 42 miles through forested bluffs from Houston to Fountain. A bit west of Lanesboro, the equally appealing 18-mile Harmony-Preston Valley State Trail branches off through a hilly landscape notable for trout streams and pastoral scenery.

Lanesboro shows off a vivacious Main Street offering arts, artisans, bistros, bars, boutiques and a winery as well as the richest concentration of B&Bs in the state, ranging from Victorian luxury to downhome charm. The village is becoming a noted ecotourist destination with: outfitters equipping you for tubing trips on the rushing Root River; the River Roots Skills School teaching local crafts at the Eagle Bluff Center; and nearby Forestville/Mystery Cave featuring unique geological sights like springs, sinkholes and, of course, caves along with a ghost town restored to its 1899 heyday.

“Tourism isn’t strongly developed in this part of the state. I think there’s great growth potential,” points out Jan Joannides of Renewing the Countryside, which focuses on using local assets to build  stronger local economies. While acknowledging that tourism often means lower-pay jobs, Joannides says, “This is where ecotourism comes in. It’s more a peer-to-peer.” This means economic opportunities to open B&Bs as well as work at a hotel, run family restaurants and not just wash dishes, teach craft classes instead of clerking in souvenir shops.

Tim Penny, a former congressman from the region and now the president of the Owatonna-based Southern Minnesota Initiative Fund, envisions Southeast Minnesota as a Midwestern New England, drawing on its cultural, historical, agricultural and natural assets to create a dynamic, entrepreneurial economy.

Jay Walljasper writes, speaks and consults nationally about how to create healthier, happier communities. His website is JayWalljasper.com.

Southeast Minnesota’s gorgeous scenery is making it a tourism destination