The McKnight Foundation commissioned writer Jay Walljasper to do a series of reports looking at the prospects and challenges in Minnesota’s 80 counties outside the metro area. This is the third of three MinnPost articles drawn from his latest report, “Northeast Minnesota: New Possibilities in the North Country.”  The first, on the Iron Range, can be read here, and the second, on Duluth and Proctor, here.

Minnesota’s iconic North Shore has evolved from a stretch of waterfalls, lake cliffs and cabins catering to passing motorists into an ecotourist destination drawing people interested in exploring local cuisine, pursuing arts and crafts, and experiencing nature in many ways — from dogsleds to kayaks to yurts.

It’s a more diverse place in every sense of the word than the postcard views would have you expect. From the native community at Grand Portage to the workaday port town of Two Harbors, from the rugged scenery found on the Superior Hiking Trail to the bounty of local ingredients found on restaurant menus, from mom-and-pop resorts to test-your-mettle wilderness challenges, this corner of the state relishes what makes it unique more than ever. It’s easy to fall in love with this place yet hard to make a living here, fostering a spirited sense of creativity and community that explains the region distinctive appeal.

You can discover the surprising breadth of North Shore life on the radio dial, emanating from a cramped three-room office tucked behind a Vietnamese restaurant in Two Harbors. Welcome to the studio of KTWH 99.5 FM, a nonprofit micro radio station dedicated to “hearing local voices” that hit the airwaves last fall. From breakfast to twilight every day KTWH broadcasts devoutly eclectic programming 10 miles in most directions. The lineup includes shows focusing on veterans issues, electronica, Nordic culture, happenings at the local high school, indigenous people’s news, shipping news and possibly the only show in America devoted to the steel guitar. KTWH programming is also available on an Internet stream.

On the station’s second full day on the air, the Lake County Sex Trafficking Task Force was taping its next edition of “Voices of Hope.” “We have an open door policy,” says Leo Babeu, vice chair of the board and a veteran of KUMD 103.3 FM public radio in Duluth. “All programmers are volunteers, so there’s a passion to their programs.” 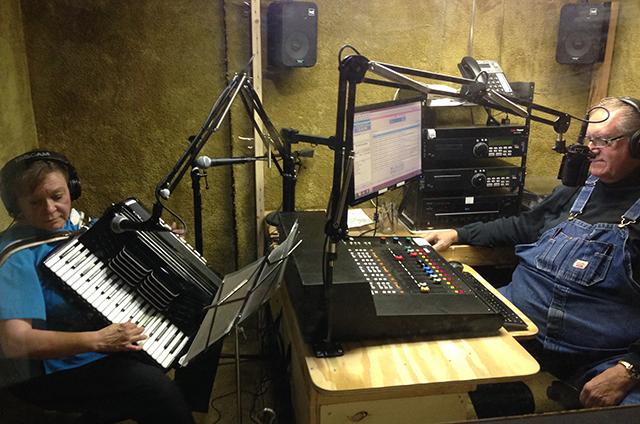 The necessity for a community radio station hit home for founder and board chair Fran Kaliher during the flash flood of 2012 as she desperately sought information about which routes into town were passable. “One of the big missing things here is how to find out what’s going on — even in a small town like this,” Kaliher notes.

Reflecting the community’s authentic identity is another mission, says Babeu.

“Two Harbors is not Twin Cities people’s idea of what the North Shore is. This is a blue-collar town. We don’t get the wealthy retirees.” Finding common ground is another mission. “There are people who don’t necessarily talk to each other who will be on the air together,” he says.

On the North Shore, local food generally means whitefish, smoked trout, and berry pies, not greens, hot peppers, or cherry tomatoes — at least not October through May. But in a small building just off Highway 61, the University of Minnesota Duluth and City of Silver Bay have worked to change that with Victus Farm, an experiment in year-round food production.

At first, the operation seems like a scientist’s laboratory crossed with an Italian restaurant thanks to the smell of pesto everywhere. Green shoots of lettuce, herbs, hops, peppers, tomatoes and basil sprout from cupfuls of soil connected by water gurgling in plastic hoses under the glare of grow lights.

“There’s steady demand for fresh, organic food here,” explains Lana Fralich, city administrator for Silver Bay, which owns the facility. “We’ve learned you can grow it this way on a commercial scale by a family or small business.”

Aquaponic and hydroponic produce grown at Victus Farm has already been sold at farmers markets, to local restaurants, and in grocery stores. The water circulating throughout this facility also produces fish, which provide nutrients to the plants and can be sold at a profit.

“This is a prototype we hope will draw interest from the private sector. Our goal is to do the research to help them do it on a bigger scale,” Fralich explains.

The need for diversifying northeast Minnesota’s economy is very apparent at Victus Farm, which lies in the shadow of the now idled Northshore Mining plant. Organic vegetables alone will not replace taconite as an economic lifeline for Silver Bay and other Northeastern Minnesota towns, but results here suggest that locally grown food can play a part in achieving a healthier future – economically and otherwise.

Grand Marais on the go

For anyone who hasn’t ventured up the North Shore recently, Grand Marais holds a few surprises. Chef-driven restaurants, two breweries and a big new home for the local food coop now stand alongside northwoods-themed gift stores and Sven & Ole’s pizza.

Even City Hall looks different these days. The mayor is 32-year old wilderness guide Jay Arrowsmith DeCoux, who was elected in 2014 on a platform that included encouraging more year-round business development, affordable housing, and entrepreneurship — issues he says matter to young families. “It’s expensive to live here and job opportunities are limited, so that’s where we need to focus.”

There are plans to open a local COCO, a coworking and collaborative space with up-to-date technology that can be shared by startup businesses and individuals who work for themselves or for employers based elsewhere. “The broadband is good here,” says the mayor, “and we have tons of entrepreneurs because you have to be one up here to make a living.”

Arrowsmith DeCoux is among them. After growing up in Medford, Minnesota and graduating from St. Olaf College, he fell in love with the North Country while working as a canoe guide in the Boundary Waters Canoe Area Wilderness and stayed. He crafts a livelihood from leading wilderness trips and running an arts-themed bed-and-breakfast with his wife, Rose. They also teach at North House Folk School — Jay offers classes on sausage-making, and Rose teaches storytelling.

The folk school offers 400 classes a year, which range from boat-building to Nordic herbal medicine, drawing 2,400 people from 36 states for an average of two to three days. Ten thousand more show up for sailboat rides or special events like music concerts. 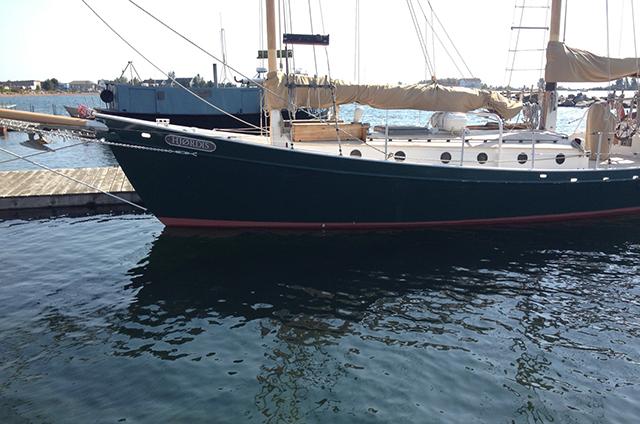 “We call them students – our neighbors call them tourists,” says executive director Greg Wright, noting that more people come to take classes in February than in August, which generates welcome business in the off-season. Over 140 regional artisans working in a variety of occupations supplement their income by teaching at the school, with some clearing $10,000-$14,000 a year, Wright estimates.

Other folk schools have sprouted in Ely and Lanesboro, with another discussed for Grand Rapids, illustrating the promise of arts and crafts tourism in rural Minnesota.

“You don’t come to Grand Marais by accident,” Wright points out. “People make a pilgrimage to come to the school because making ‘real’ things in a setting like this does things for your heart, your hands, and your soul.”

Welcome to the heart of the continent

Tourism is often touted as the industry to succeed mining as the economic mainstay of Northeast Minnesota. But this overlooks two complicated issues: (1) tourism generally creates low-wage jobs, and (2) an increase of vacationers can exacerbate environmental challenges.

The Heart of the Continent Geotourism Initiative — a partnership between the National Geographic Society and local stakeholders and public land managers throughout the region — offers a different vision of what tourism can be. The Heart of the Continent covers 5 million acres between Duluth, International Falls, and Thunder Bay, Ontario — most of it public land offering natural, historical, cultural, and recreational attractions.

Geotourism means creating travel destinations where the presence of visitors “enhances the geographic character of a place, its environment, culture, aesthetics, heritage, and the well-being of its residents.” The National Geographic Society has championed similar initiatives in the Yellowstone region, the Bahamas, Sri Lanka, and 15 other places around the world.

The centerpiece of the geotourism initiative is an online Geotourism MapGuide detailing unique experiences ranging from Voyageurs National Park near International Falls to Clearwater Lodge on the Gunflint Trail to the world’s largest freestanding hockey stick in Eveleth. It debuted last spring with the goal of getting visitors off the highways and into the authentic experiences and culture of the region, which can help foster environmentally sustainable development and create economic opportunities beyond low-wage service jobs.

The Heart of the Continent, according to the National Geographic Society’s geotourism director, James Dion, is about “smartly sharing the region’s tremendous scenic, historic, and cultural assets, and helping them thrive together for future generations.”