Is “analysis paralysis” — overthinking a problem by making it too complicated — haunting efforts to rein in the nation’s largest banks? Is political reality also a problem?

You had to wonder on Monday, as the first event unfolded in the high-profile initiative of the Federal Reserve Bank of Minneapolis to look into ways to curb the power of banks seen as too big to fail. Speakers touched on one iceberg-like issue after another, often disagreeing, during a daylong gathering at the bank.

The meeting kicked off a series of forums the bank plans to convene this year to explore too-big-to-fail issues. Neel Kashkari, the Minneapolis Fed’s new president, argues that the risks to the economy of failures at the nation’s largest and most connected banks are simply too great. The best remedy, he says, is too reduce their influence through legislation amending elements of the Dodd-Frank overhaul passed by Congress in 2010.

“You don’t want analysis paralysis,” warned Randall Kroszner, an economist at the University of Chicago and a leading player in bank regulatory issues. “You need to act. What we need to do is think about what we need to do.” He suggested focusing on cost-benefit analysis of the proposals to deal with the too-big-to-fail issue. Kroszner was a governor of the Federal Reserve System from 2006 to 2009, putting him on the front lines in winding down the financial crisis. Kashkari was there, too, managing the federal government’s controversial bailouts of financial institutions in 2008-09.

“We need to be more humble about the environment we live in,” said Kashkari, citing a lesson he took away from his seven-month brush with the scariness of the crisis.

Kroszner said regulators need to avoid the mistake the French made in 1940, when they relied on a single solution — the Maginot Line — to defend against a German attack. That solution failed when the Germans bypassed the line, and quickly conquered France. 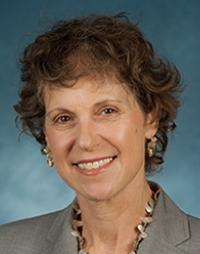 Kashkari has suggested narrowing the focus of the Minneapolis Fed’s effort by looking into three ways to tame the large banks: requiring them to increase their capital-to-assets ratio, meaning raising their equity, lowering their assets or a blend of both; imposing size limits on them; or taxing leverage through the financial system, thereby curbing the power of important financial institutions beyond just banks. Monday’s meeting centered on the first two proposals by bringing in two tough critics of the large banks: Anat Admati, a finance professor at Stanford University and an outspoken advocate for higher capital-to-asset ratios; and Simon Johnson, a former chief economist for the International Monetary Fund who teaches entrepreneurship at Massachusetts Institute of Technology and supports size limits. Eight panelists reacted to their comments.

Today’s political climate, not much discussed, was an elephant in the room. The urgency of the Minneapolis Fed’s initiative is anchored in the belief that the more distant the public’s memory of the financial crisis becomes, the harder it will be to improve regulations reducing the likelihood of another crisis. Despite low popularity ratings for large financial institutions, there is deep disagreement in Congress about how to deal with financial regulation. Generally, Republicans see the Dodd-Frank law as far too cumbersome and would like to jettison it. Most Democrats want tougher enforcement of the law.

Kroszner said regulators need more guidance from elected officials. Comparing financial regulation to guarding against floods, he asked whether regulators should be protecting against 30-year floods or 100-year floods. Added Kashkari: “We have to decide how much safety we want and what is the cost of that safety. There’s a tradeoff between safety and growth.”

James Bullard, president and CEO of the Federal Reserve Bank of St. Louis, attended the meeting. Reuters reported that after listening to the panelists, Bullard expressed disbelief at the “breathtaking” support from many of them for the current state of banking regulation.

Bullard said the Fed needs more conferences like the one the Minneapolis Fed staged to figure out how to keep the financial system safe. “This couldn’t have been done inside the Beltway,” he told Reuters.

Adam Posen, president of the Peterson Institute for International Economics, said the political power of financial institutions can matter more than their size. “The word ‘big’ is too misleading. What matters is are you politically large?”

Admati said the assets of 28 of the world’s largest banks rose to $49.2 trillion in 2013 from $37.8 trillion in 2006, before the financial crisis. She termed as a “charade” living wills — plans the Dodd-Frank law requires financial institutions designated as “systematically important” to come up with to rapidly wind down their businesses in the event of financial distress. She suggested that the heavy involvement of four big banks (JP Morgan Chase, Bank of America, Citigroup and Goldman Sachs) in derivatives makes them “very, very opaque” and leaves them too exposed to financial trouble. She wants regulators to require capital-to asset ratios far higher than today’s levels. “Regulatory reform is an unfocused, complex mess,” she concluded.

Til Schuermann, a former top executive at the Federal Reserve Bank of New York, disagreed with some of her concerns. Schuermann is now a partner at the Oliver Wyman consulting firm, which advises financial institutions. He said regulatory “stress tests,” which now cover 90 percent of the U.S. banking system, have gotten tougher. The system now has twice the capital it had prior to the crisis, he added.

Simon Johnson questioned Schuermann’s data on capital. He said the too-big-to-fail issue has been around for years, but what’s new is the scale of the problem. The living-will process would not work for JP Morgan Chase, he said. Johnson suggested that banks’ assets should be capped at 2 percent of the size of the nation’s economy. That would mean clipping the assets of Minnesota’s two largest banks, particularly Wells Fargo but also U.S. Bancorp.

“What did we gain as the banks became larger?” Johnson asked. The key question is whether banks — or any firms — should be exempt from bankruptcy, he said. “You can’t have capitalism if everyone is exempt from bankruptcy.” Johnson noted that two former Citigroup CEOs, Sandy Weill and John Reed, have suggested that the company be broken up.

Panelist Eugene Ludwig, a former U.S. Comptroller of the Currency now CEO at the Promontory Financial group, was skeptical. “I’m worried about the possible consequences of a cap or breakup,” he said. Ludwig added that more study is needed of the too-big-to-fail issue, and cautioned that regulators should not “set policy by hunch.”

Kroszner, Kashkari and several other speakers argued that significant progress has been made in regulating financial institutions since the crisis — just not enough.

The Minneapolis Fed announced that John Cochrane, an economist at Stanford, and John Bovenzi, from the Oliver Wyman firm, will speak at the next event in the bank’s too-big-to-fail initiative, on May 16 at the bank. The bank also said video of the entire conference could be posted on its website by Thursday. And as if to guard against analysis paralysis, Kashkari has set a year-end deadline for the bank to come up with its recommendations to deal with the too-big-to-fail issue.